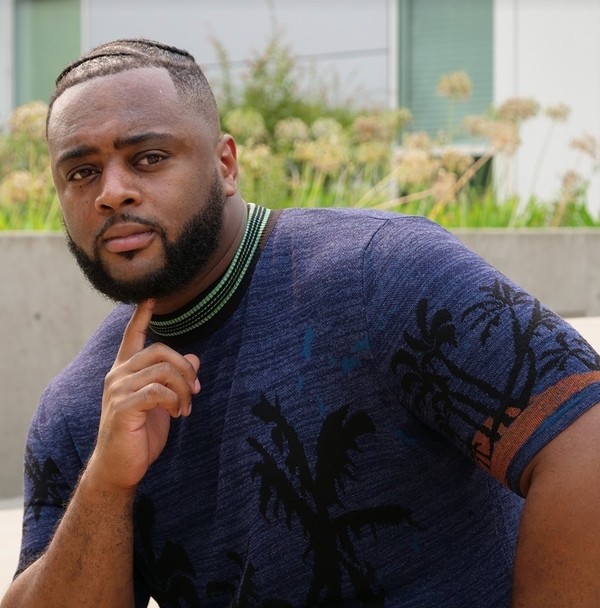 If we were to calculate the formula for success, we would add together the traits of an entrepreneur, financial analyst, clothing manufacturer/designer, and filmmaker, multiply that by singer, and the sum would equal Chad Rico. The math college professor turned hip-hop artist from Richmond, CA is defying the skepticism of those who questioned if he could actually pull it off. And here he is, on the top where he should be. His debut EP Myth was a calculated win, and his computations began when he was born in the same hospital as Kendrick Lamar. After traveling to over 35 countries, Chad Rico’s work is worldly, enlightened, and filled with fearless self-examination. The Belizean American does not take a break even when school isn’t in session; during his last summer vacation, the artist released a new single every week for his “12 Weeks of Summer” project.

He reps the Bay area with ease and blurs the lines between present-day trends and upcoming hot new takes. Rico is working with prominent film producer Haqq Shabazz and has plans to produce and release a film next year. You can find him designing merchandise for and running his label Gold & Gems or being hyped up by his entourage, Cash Register Crew, spearheaded by his brother Deezy. So, students, take a seat, open up your textbooks, and listen to Professor Chad Rico educate you on the subject of “New Level.”

Forget everything you know about galactic exploration and replace it with this mini-movie music video for “New Level.” We find Chad Rico as the guardian of the galaxy and leader of his space crew on the way to Planet Crunk. They’re on the way to save beautiful interstellar aliens from villain Diablo Grande, played by actor Glenn Plummer. Once he frees his Martian damsel in distress, Sasha Verde, they walk off hand-in-hand back to the spaceship. Pashur, the makeup artist, elevated the cosmic experience with her galactic body art on the attractive green spacewoman. “New Level” was shot in San Fernando Valley, CA, on one of the original Star Trek set locations. As they make it off the foreign planet, the clip transitions into an interstellar party with cosmic cocktails soundtracked by the beginning of Chad Rico’s single “Night in Barcelona.” As they drink the stars away, the spaceship brings them to new levels, new heights, and new uncharted territories to take over.