A palindrome is a word, phrase or sequence that reads the same backwards, as it does forwards. For many singers and artists, the way they arrange their album tracks often tells a broader story, or acts as chapters in a narrative. Singer/songwriter Casely, well, he throws the rule book out the window and creates a sonic pathway that sends shivers down the spine, just easily as he gets you dancing. His new album, The Mutt – A Palindromic Album has every which way about it. This album is all encompassing. 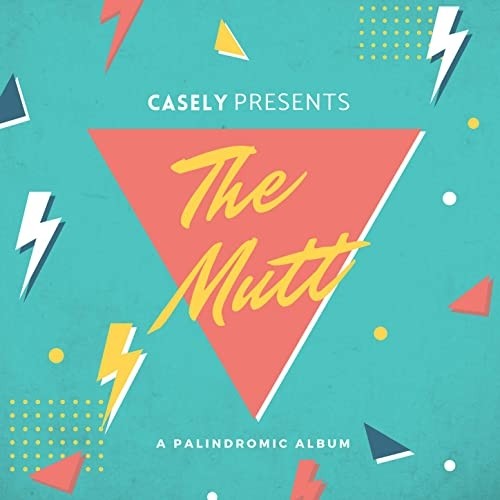 For the sake of this review, I will go in order of the track listing. There are eight songs on the album, and as Casely suggests, they can be listened to in any order to have a fulfilling listening experience. With eight tracks, all of which shower the listener with Casely’s expansive resume. He can be suave and tender and in the next song, a playboy and DJ trend setter. As an artist, he reveals many sides to his personality. As a listener, this is so refreshing. It’s honest. I don’t get the sense that he’s trying to play a part, or program a song based on what is hot right now.

The first songs “Rude Boy Summer” featuring Braveboy and “Never Be Alone” were released as singles earlier in 2020. Of the two, “Rude Boy Summer” fosters an infectious groove. “Never Be Alone”, almost on the exact opposite of the sound spectrum, is an acoustic odyssey. I felt like Casely sings like a sensitive crooner. His heart, his emotions are full throttle behind the lyrics and chorus.

The next crop of songs, “Airflow”, “Annabella” and “Dreams” all deserve to be in the limelight. Another bounce, another lofty jump in terms of emotions that the listener experiences, but Casely conveys more layers of himself. The textures in “Dreams” for example, spin a deeper tone. It’s not scary, but more melancholy and enigmatic. Don’t let anybody control your life, he sings. I felt like he spent so much time being positive and upbeat, heartfelt in previous tracks, “Dreams” sends the listener into a different spell. I didn’t think I would like having the fun-loving artist that I was starting to get comfortable in that zone. I like how he shook things up. In this case, if you were to listen to “Dreams” in the other order, you might also feel like it would be the natural progression. It definitely makes you stop and think.

“Risk”, “You Know” and “Kerosene” are blatant hits. I can’t impress upon the reader enough that the skillset of Casely is just that expansive. You can tell Casely, who is from Miami, is shaped by the sounds and the amalgamations of his city. The multi-instrumentalist champions the flavors and one can almost touch the night life. He immerses the listener into his world, and more importantly his soul. Backwards, forwards, straight, upside down or topsy turvy – it doesn’t matter. Listening to Casely’s The Mutt – A Palindromic Album a mix of what makes music so great to escape to, over and over again.