The song is from Raissa’s forthcoming debut EP HEROGIRL, out early next year via Mark Ronson’s Zelig Records/Columbia. 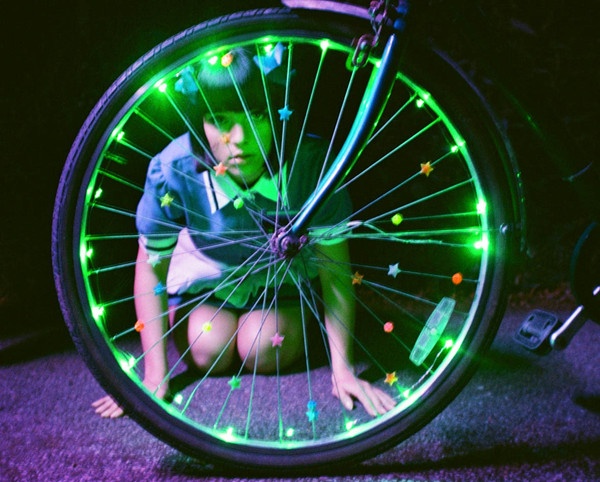 “I made this video with my friend Flo (Florence Kosky), we both are big fans of Studio Ghibli and so when I told her I wanted to do my own version of the meteor scene in Howl’s Moving Castle, she knew exactly how to bring that to life,” Raissa says. “In many ways Herogirl is a reimagining of the heroines in Studio Ghibli films – so it’s a big reference and influence for the project as a whole and that shows in the visual aspects of HEROGIRL. The animator, Anthony Schepperd, who worked on ‘GO FAST BABY,’ did the animations for ‘CROWDED’ too, continuing with that part-anime part-live action universe that’s meant to make the fantasy and larger than life nature of the project shine through even more!”

The new video follows the first offering from HEROGIRL, “GO FAST BABY,” which arrived alongside a video directed by UK-based duo bedroom (beabadoobee, The 1975), and was later remixed by acclaimed U.K. producer Mura Masa and Full Tac.

The narrative arc of the HEROGIRL EP chronicles a hero’s journey, a classic story telling device wherein the protagonist crosses the threshold into another realm to learn a critical lesson that can then be applied to the normal world. Heavily influenced by Raissa’s fascination with sci-fi and fantasy aesthetics, the HEROGIRL EP positions Raissa as the hero of the story, but the EP’s embrace of child-like naivety, a complete lack of cynicism and finding strength in what you love—rather than focusing on what makes you miserable—extends far beyond the music to her audience.