Toronto-based post-punk project Peeling share the spacious and punky single “Dread”. A track that multi-instrumentalist and songwriter Anna Timoshenko describes as “a fitting anthem for 2020. It’s about being restless, uneasy and distraught in your surroundings. Spiralling into feelings of impending doom that are beyond your control.” With biting, crisp bass guitar driving alongside Timoshenko’s vocal melody, and backed with punchy drums, the track sets the table for the release of Peeling’s debut full-length, Worshipper. “Dread” follows the darkly poetic single “Ego Death” and the coolly-detached lead-off single “Suck”. 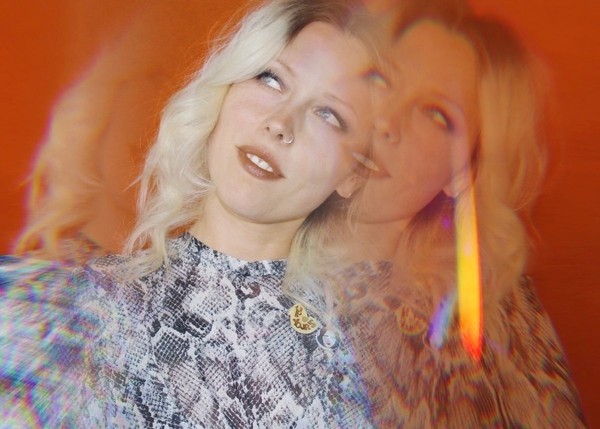 While Timoshenko has always been the songwriter behind Peeling, in the time between these releases the cast of musicians involved has undergone a notable transition from a collaborative effort between Toronto scene veterans Jimmy Tony Billy (Dilly Dally), Denholm Whale (Odonis Odonis), and Alejandro Cairncross (Golden Dogs) into a vehicle driven exclusively by Timoshenko. The impetus for this shift is found in Timoshenko’s deepening exploration of music production and time spent away from her hometown. While traveling in recent years, she began to experiment with a mobile recording setup and Worshipper began to take shape as a solo project. The crunching/intricate guitar lines and gritty drive that ran through Peeling’s previous EPs Rats In Paradise (2016) and 7 Years Of Blood (2017) are still here on Worshipper. However, in a suitably 2020 manner, they’re dialed darker, and sparser, than ever and backed by beats that weigh as heavy as anything Peeling have ever made.