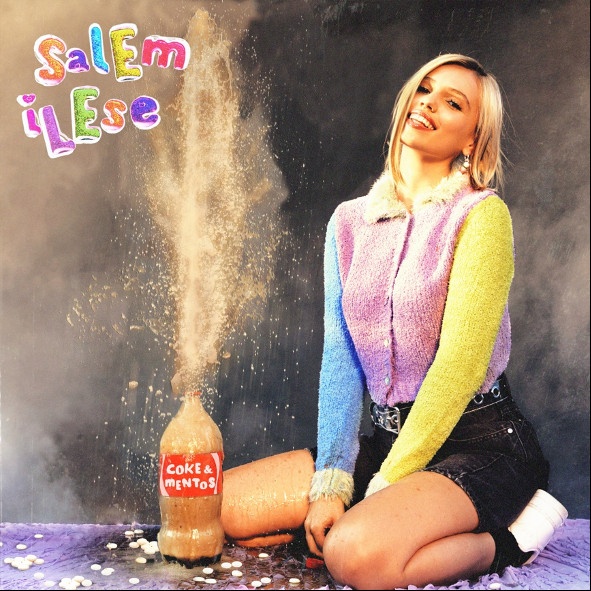 Today, 21-year-old pop singer and songwriter Salem Ilese drops her latest single “Coke & Mentos,” out now via 10K Projects/Homemade Projects. Zane Lowe premiered “Coke & Mentos” on his Apple Music 1 show this morning. The new single follows up the breakout success of her August 2020 hit, “Mad At Disney.” Gaining significant momentum on TikTok, “Mad At Disney” has sparked the creation of over 3M videos, has been streamed 236.5M times globally and has been featured on Spotify’s Today’s Top Hits playlist for over 10 weeks. “Coke & Mentos” shares some of the same addictive qualities as her breakout hit: memorable lyrics and melodic ear worms, as well as a unique take on love. Salem wisely discusses how often moments of intense exhilaration (in all aspects of life) are inevitably short lived. The new single is accompanied by a music video, directed by Haley Bowman.

21-year-old pop artist Salem Ilese has been preparing for this moment her entire life. Born and raised in Mill Valley, CA, right outside San Francisco, the singer/songwriter has been “making music for longer than [she] can remember.” With an innate drive for songwriting, her parents quickly put their precocious daughter into music lessons and introduced her to their favorites, namely, David Bowie and The Beatles. “My Dad likes to consider himself an ‘expert music listener,'” she says, “and even though they aren’t musicians, they made sure I knew the greats. Listening to a lot of Bowie had a huge influence on me because I love pop music, but my taste always veers a little bit left of center.”