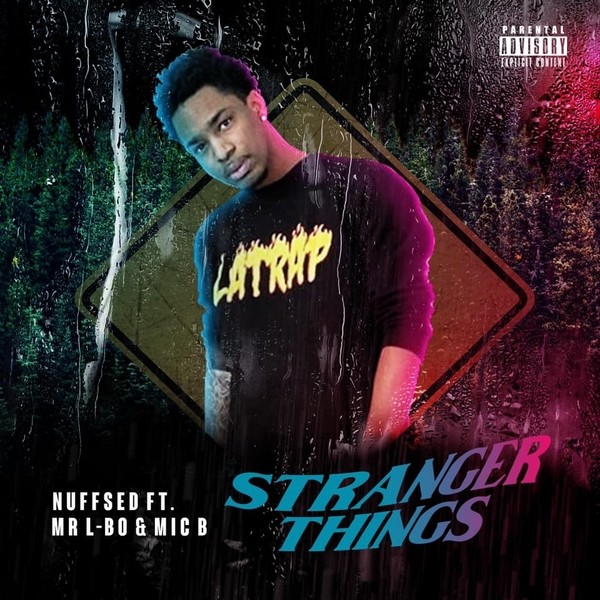 What artist comes to mind when you’re driving with your homies and you need to rage? Or when you’re at the pregame and need to hype up the crowd? What playlist is your go-to? Scratch whatever name or title that just popped into your mind and replace it with Neff Nuffsed’s straight fire tracks. His moniker is clearly expressed; his name, Neff, embodies his entire character, and that’s all that needs to be said. When Neff says what he says, you don’t need to hear anything else. The Northern Virginia rapper established his career in the early 2000s and has evolved immensely since his beginnings. His music has a solidified artistic vision that showcases his heart and soul, and he polishes his brand to showcase the edgy and explicit side of himself while maintaining his core persona. Online and offline, you get the real Neff Nuffsed.

The rapper isn’t alone in his new music video, “Stranger Things.” He’s backed up by close companions Mr L-BO and Mic B – Virginia locals who have been by his side during a lot of the grind. Neff Nuffsed and Mr L-BO worked together in the past, doing showcases, events, and other collaborations, while Neff has been mentoring Mic B for years and entitled him the hype man and co-performer during some bigger shows. The synergy between the trio onscreen and behind the scenes proves their unity in the usually very competitive DMV area.

Day and night, Neff Nuffsed and his crew are guarding their streets with authoritative dispositions and eyes filled with command. The “Stranger Things” music video asserts Neff Nuffsed’s, Mr L-BO’s, and Mic B’s presences with how they dictate the camera and the music. The trap beat builds up, breaks down, and thunders alongside their verses. The horns announce the entrances of booming basslines and high-energy vocals; this is a track that must be added to any party playlist. The clip gives us major Stranger Things and The Purge vibes, and there’s a reason for that. Both of those famous series are known for their anarchic and unconventional ways of life, and Neff Nuffsed wants you to look at the music video from an unorthodox perspective as well. The vast shift of outlook in today’s culture needs to be changed and fixed and can be done by turning everything you know upside down and opening your eyes to a new frame of mind. Welcome to the place where strange things happen, and that is the norm.