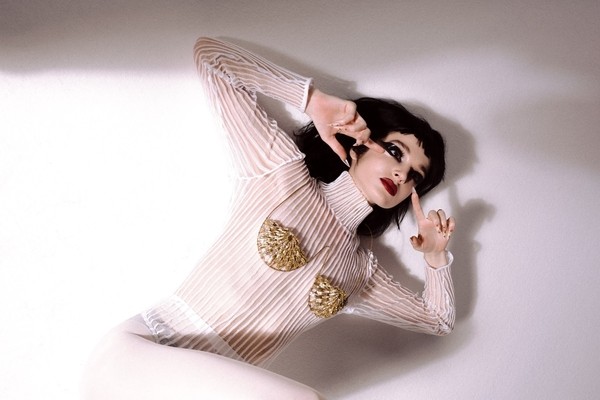 Post-genre art and music visionary Poppy has shared a new single “I Won’t Be Home For Christmas” in anticipation of a fast impending new four song EP A Very Poppy Christmas, out December 1 from Sumerian Records. The EP represents yet another unexpected pivot for the boundlessly creative artist, trading in the bombast of her recent album I Disagree for an intimate lo-fi recording of hushed melancholia evoked by the season, imbibed with her characteristically indelible earworm vocal melodies.

The new EP marks a fitting bookend for Poppy’s highly accomplished year, which kicked off in January with the release of her ambitious, genre-defying album I Disagree, whose variegated nature obliterated the boundaries between pop, progressive, electronic, and metal. The album was quickly followed by a coast to coast whirlwind of sold out shows in some of the biggest venues she’d performed yet, and an instantly viral cover of “All The Things She Said.” Her quiet rise from incalculable phenomenon (with over half-a-billion views on YouTube) to unassuming paragon of high culture, high fashion, and high art fueled her metamorphosis to Poppy 2.0, a process illuminated by a recent feature in Vanity Fair –