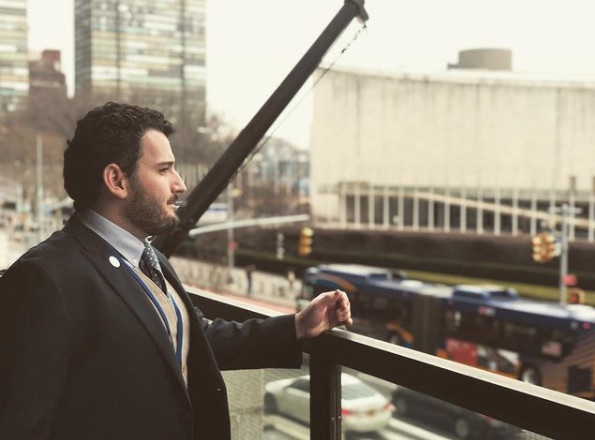 Achieving and dreaming significant in life is not possible for everyone. It is not easy to attain success in the young age of twenties. It may seem simple, but it is not impossible if someone is working hard to chase his dreams, then nothing is impossible. In this world of technology, people are facing a variety of challenges to fight for their recognition. This is the reason, the majority of the people step back and never think about the thing that is not easy to access. But, some people are born with a talented soul and brilliant mind. With their strong determination, they achieve their goal.

In this world, the same is the case with Joshua Kirshbaum, who is famous for his unique business sense. It is his brilliance and struggling nature that has made him a public figure of the present age. He did not leave making efforts, and nothing could stop him chasing his dreams. Throughout his entire childhood life, all he saw was struggle and craving for his dreams. He wanted to be a successful man and helped people his society improve their living so that they can have good food and better facilities of residence. Learn more about him at https://www.nonviolenceny.org/thegraduateplan.

He started struggling when he was just ten years old that time he was working for local theatre companies at the very young age of about ten years. He began his first photography business and expanded many offices across the beautiful region of DC metropolitan when he was just 14 years old teen. His business sense made him sold his first business for more than four times his founding costs. Today in the age of 30 years, we know him as a successful United Nations consultant, New York City Bar Accredited Mediator, conflict zone photographer, and indie producer. Not only this, he is busy doing different social activities with four active programs and a large volunteer base programs spanning nonviolent action training, international disarmament advocacy, sustainable peace and youth leadership empowerment.

But, the story did not end at the age of fifteen years because it was just a start. He did not leave struggling, and at last at the age of 18 years, he became the partner with local NYC student filmmakers and started up Æ Studios NYC. He has established a chain of innovative student-based film studios. These studios are found at the 16 location across the East coast by 2012.

Joshua did not know boundaries, and he did not leave his struggle. In the age of 21, he was busy completing his ÆFocus Projects successfully and created a connection with major corporate sponsors with significant causes.