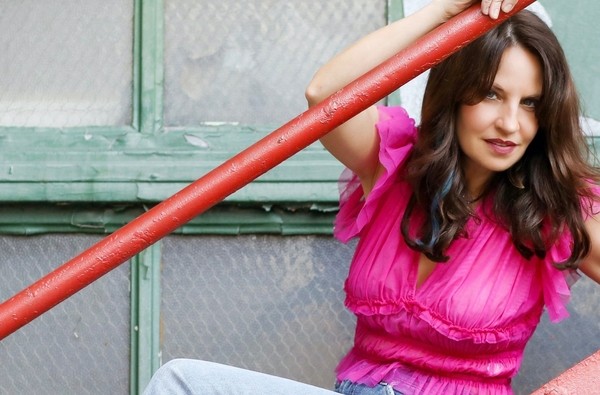 Although it could be described as being a bit compositionally minimalistic on paper, there’s nothing limited about the melodic output we encounter in the new single “Favorite Scar” from rising indie star Susan Calloway, which was released this October to a warm reception from critics and fans the same. “Favorite Scar” is built on top of a relatively simple piano harmony, but within that harmony we find some of the stranger complexities one could expect to hear in a rather streamlined pop song.

The poetic abilities that Calloway brings into the spotlight are something I was not expecting to hear, and while she’s never had a problem belting out a sensational chorus in previous instances of her recording inside of a studio, she sounds a bit more relaxed and in her element in this release than she has in the past. She isn’t interested in relying on any of the same theatrics so many of her contemporaries would in similar circumstances when trying to craft a personal statement to the audience – she’s going as barebones as her style of music can allow for in this single, and sounding like a genuine siren in the process.

There’s an incredible presence to the instrumental portion of “Favorite Scar” that starts to resemble that of a symphony orchestra on a couple of different occasions, but never does Calloway let the size of her backing band ever get the best of her. This is her show and hers alone, and she makes that more than clear to anyone within earshot the moment that she begins to serenade us with the lyrics here. The percussion isn’t really all that loud on its own, but the beats it emits are infectious for certain. There’s a remarkable tonal expressiveness to the vocal that goes beyond what Calloway is actually singing to us in this song and bleeds into the very essence of her words and the emotions driving them out of the speakers in the first place. In short, there’s no debating whether or not she’s utilizing every tool in front of her, because when listening to this track, there’s simply too much color in the audio for anything else to be true.

If you’ve never heard the music of Susan Calloway prior to first acquiring yourself a copy of “Favorite Scar” this month, I think you’re going to be very impressed and inclined to explore her discography a bit more once you’ve given its harmonies a shot for yourself. Personally, I would really love to hear a quarantine album out of Ms. Calloway sooner than later, as so many of her peers have introduced intriguing new sounds and songwriting concepts in the past eight months partially through the isolationist environment the world has been forced to embrace in 2020. She definitely doesn’t need any external influences guiding her path to stardom, and if you’re about to disagree with me, something in my gut says that you haven’t yet experience what this singer/songwriter can do in her latest studio release.