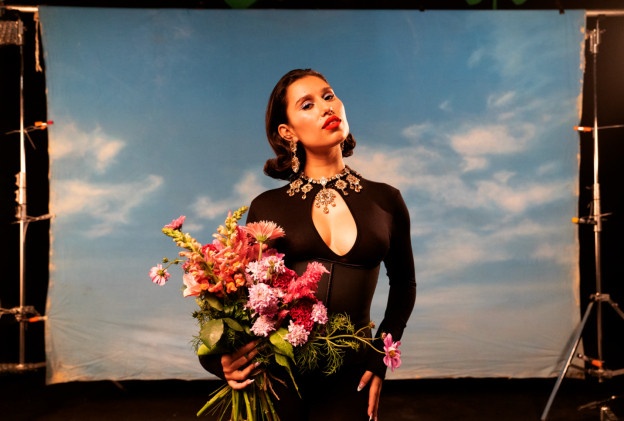 Today, British singer-songwriter RAYE unveils the music video for her brand-new single “Love Of Your Life.” The song follows the release of RAYE’s previous single “Natalie Don’t,” which has racked up over 2 million streams in the U.S. alone and over 4 million video views.

To Buy or Stream RAYE’s “Love Of Your Life”:
https://raye.lnk.to/LoveOfYourLife

The “Love Of Your Life” music video which was directed by Saorla Houston is the perfect visual depiction for the disco tinged, emotive pop banger that is instantly recognizable as a RAYE smash. “Love Of Your Life” is available now at all digital retail providers via Interscope Records.

RAYE says about the track and video, “This song is the final stage of my project ‘Euphoric Sad Songs.’ I love how free and honest I am with the lyrics and I wanted the video to reflect that too. I hope you like it 💖.

RAYE has recently dominated airwaves across the UK with two smash singles. “Secrets” with DJ Regardreached Top 10 in the Official UK Singles Chart and has had over 160 million streams on Spotify to date. “Tequila” with Jax Jones and Martin Solveig has been certified Silver in the UK and has had over 56 million streams worldwide. RAYE has amassed over 1 billion streams and has a double Platinum, Gold and two Silver singles under her belt. She has written songs for artists such as John Legend, Major Lazer, Charli XCX, Little Mix, Hailee Steinfeld, Quavo, Normani, Ellie Goulding, Jax Jones, Khalid, 6LACK and Jessie Reyez, and worked with the world’s biggest songwriters and producers including David Guetta, Diplo, Bloodpop, Andrew Watt, Jin Jin, Kamille, Julia Michaels, Fraser T Smith, Fred Ball and Justin Trantor.