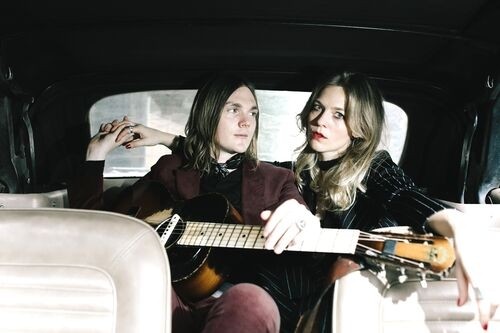 Today, the Nashville-based, UK-born duo Ida Mae have released their new single “Deep River” from their upcoming Raining For You EP. The track features acclaimed artist Marcus King, who contributes a blistering guitar performance. Raining For You will be released on November 20th via Thirty Tigers.

“‘Deep River’ is the rowdy dystopian dream-state adventure of two people In love,” writes Ida Mae. “It was written in one sitting as a stream of consciousness storybook about two people leaving their home to try and make something of themselves, only to find themselves lost in a system that is out of their control. It’s scraps of conversations we’ve overheard, experiences with people we’ve met, in sprawling cities to ghost towns in forgotten America. All the time the couple are framed by the modern world they’re living in, the River, a life giving image of the natural world used as a vehicle of industrialisation.”