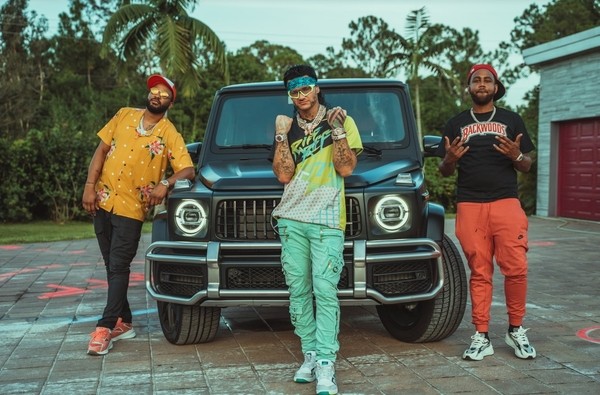 Rap duos’ synergy is unmatched – collaboration requires stylistic similarities, quick-witted thinking, and an overall combined effort. That checklist is all fulfilled by cousin two-person team, Jae Mansa. They surpass mainstream trends while staying true to the genre’s original spirit. Growing up together, they remain inspired by yesterday’s legends like J.Cole, Kendrick Lamar, and The Wu-Tang Clan. The North Carolina natives had many vital yearly milestones; 2016 was their formation, 2018 was the year they signed an equity distribution deal with Jay-Z’s Roc Nation, 2019 was filled with millions of streams and national placements on BET Jams, and 2020 is spearheaded by their collaboration with RiFF RaFF.

RiFF RaFF is a household name and rapper associated with just about every other acclaimed artist. Now, as the owner of the label and production company Neon Nation Corporation, RiFF RaFF hopes to build an entertainment empire. He boasts one million monthly listeners on Spotify and released his studio album Vanilla Gorilla earlier this year.

Usually, swans represent soul mates for life; they’re the picturesque animal to convey infinite affection. Despite that, we don’t need any of that lovey-dovey sappiness here. Jae Mansa and RiFF RaFF suitably redefine the meaning of swan to whatever the hell they want it to be in the new music video “SWAN iN MY POND.” Figuratively, they do whatever they want with their money and their time because they have plenty of it. Literally, they have swans chilling in the pool. The crew posts up in a color pop mansion with some out-of-the-ordinary hues, like pink colored pools and garages. It doesn’t matter what neon shade flashes as long as their ice glimmers and their cups are full. This popsicle inspired daydream mentions RiFF RaFF’s favorite items and brands like Buicks, Rolex, and orange soda, and the list can keep on going because the money just keeps on coming. Feel free to join them, leave your worries and modesty behind and take a dip into this acid color wash new clip.