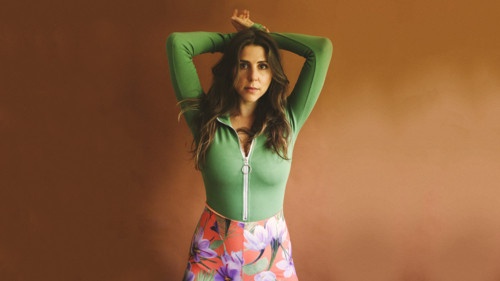 Nashville-based singer/songwriter Jillette Johnson shares “Graveyard Boyfriend,” the latest single off her forthcoming album It’s A Beautiful Day And I Love You, which drops February 12. With a mildly macabre humor offset by a breezy ’70’s-style pop melody, “Graveyard Boyfriend” is about letting go of people from past relationships to fully enjoy the present. Released just in time for Halloween, the song is accompanied by a video montage of vintage horror film footage, which Sounds Like Nashville featured this morning, saying, “With the calming chill-rock sounds of her plaintive vocal, clean guitars and a bouncy organ behind her, Johnson sings of getting chased by an emotionally-dead zombie who will keep calling and texting ’til someone puts him out of his misery.”

“‘Graveyard Boyfriend’ was inspired by the many awesome girl groups of the ’60s, like the Shirelles and Diana Ross and The Supremes,” says Johnson. “I was almost exclusively listening to Diana Ross’s album ‘Surrender’ when I wrote it, though I know that came out in ’71. The song is about cutting ties with the legacies of relationships that no longer serve you, and moving the hell on so you can enjoy a vibrant new, healthy love. It’s like the shadow counterpart of another one of my songs, ‘Annie,’ which is about having gratitude for exes. It is possible to be simultaneously thankful for something, and to want to put it in the rear view mirror, and ‘Graveyard Boyfriend’ is all about the latter.”