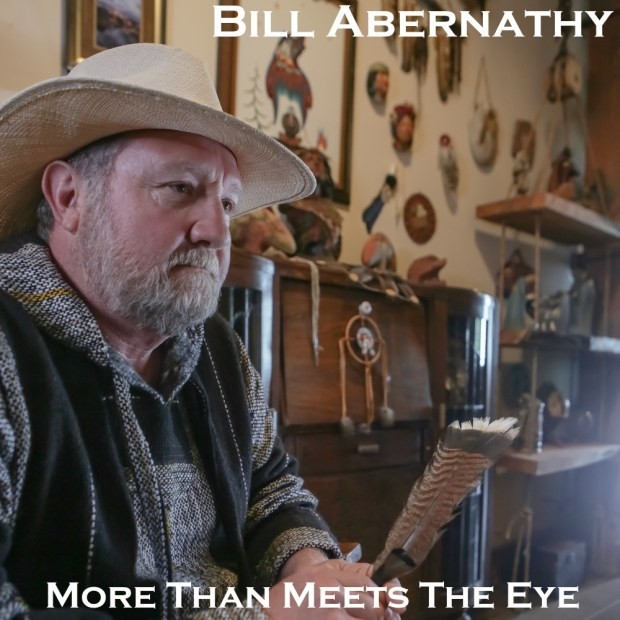 A questioning attitude drives Bill Abernathy’s thought-provoking “More Than Meets The Eye”. Cutting through propaganda he encourages people to see beyond the surface-level truths for deeper meaning. The message at times touches upon the Matrix perception of reality of taking the red pill to see how deep the rabbit hole goes. Rather than be blissfully unaware of corruption and treason, Bill Abernathy lets the lyrics dive headfirst into a series of hidden truths. Nicely accompanying him is a rather impressive backing band who chops are impeccable. From the hard rock tinged riffs to the force of nature that are the drums, the whole of the track races forward with such fury. Volume is a must for this is a tremendous, cinematic sound.

Right from the beginning they go for a hard-hitting riff. Barreling through with such bombast his vocals possess crystal clarity. Everything about the track has a visceral, living, breathing element to it. Layer upon layer filters itself into the mix for the groove is pure muscle, with the low-slung drive of the bass proving to be a subtle thrill. He balances each verse with impeccable style, letting them linger for just a little bit before moving on. Intricate in terms of his arrangement these probing thoughts become ever clearer, as if with each verse he is getting closer to the truth.

Bill Abernathy sculpts a powerful piece full of depth with the potent “More Than Meets The Eye”.