25 year old Shaquan Mack more known by his stage name The Real Mack, is an upcoming Philadelphia rap artist. Mack got his first start in music in 2009 when a friend of his had a rap group. Although Mack wasn’t included that motivated him to want to pursue music. He would then go on to record a song titled “Cam Newton” that got the attention of another Philadelphia artist named PnB Rock & they would collaborate and rake in over 1 Million streams on the record, as well as have many shows together. After his brother was murdered Mack took a break from music to reconnect with his mental. 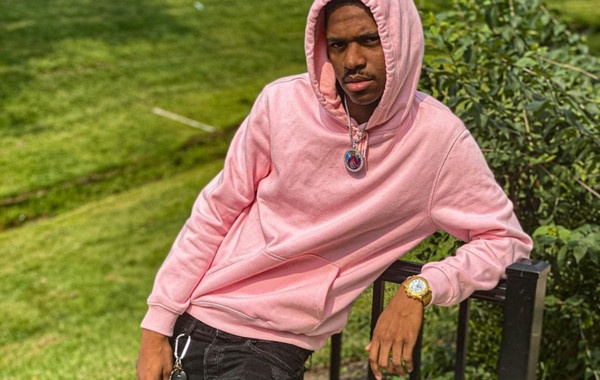 After almost 2 years Mack returns with a hard hitting song titled “Big Lit” with hopes to gain traction for his album “25” which is dedicated to his brother & mother who were both tragically murdered at the age of 25.

The number 25 has been a monumentally impactful number in the life of young Philadelphia artist The Real Mack … but not always in the most positive of ways. When he was young, his mother was murdered when she was only 25 years old. He and his brother had a rough childhood after that with a father who was incarcerated multiple times. Then when his brother was 25, he too, was murdered. It became almost too much for him to bear, and he turned away from music and any other form of artistic expression while battling demons of depression and anxiety. But as his own 25th birthday approached, he chose to look at it as a new opportunity – a chance to change the negative cycle and create something positive. Out of that mission came the new album “25” which is dedicated to his mother and brother, “25” explores the strange coincidences and otherworldly experiences that have come in his life and how often those things are associated with the number 25.

“It’s kind of a scary thing for me being 25 right now,” he said. “That’s what this album is about. It’s more personal than anything I’ve ever recorded. There are some commercial songs on there but mostly, it’s very personal. I think it shows off my versatility, too. I can drop a song and it can be either the artist side of me or the raw Rap side of me. I can make a song where I’m singing and it’s completely R&B and Soul, or I can turn around and make a complete opposite song that’s Trap or Hip Hop or Club.”

After taking a two year hiatus after his brother’s death, Mack – at age 25, is making a return with the new album – starting with the hard-hitting debut single “Big Lit,” which is now available on all streaming platforms. “It’s a Club record with an Up North but Down South kind of vibe,” Mack said. “I’m an Up North person but it has a Down South vibe, if you get what I mean. There’s a lot of energy, and I’m just basically talking about me being that guy. I’m being that bull, that dude, that big fish from the big six. I’m a big dog from 26th Street in South Philly, and this is the kind of song that when you’re lit, you get turnt up. It’s heavy.”

Mack said he hopes fans will appreciate the craftsmanship that went into creating the EP, and that he becomes known all around the world for being a high-quality hit maker.