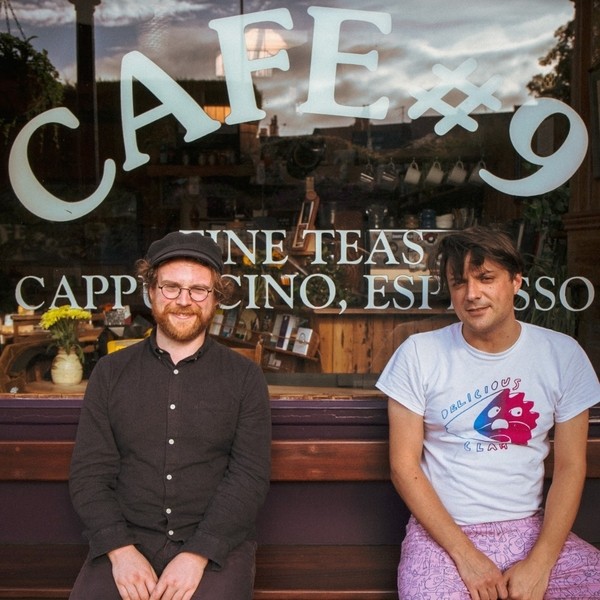 Three hours north of London in South Yorkshire rises the city of Sheffield. Maybe it isn’t as well known in the United States as its bigger cousin on the Thames, but it’s a town of a half million nevertheless, and one with its own distinct, gritty, and glorious musical tradition. Sheffield is known for its fusions of R&B, soul, British folk, tuneful rock ‘n’ roll, and the grand British storytelling tradition. Music from Yorkshire tends to be brisk, energetic, no-frills, direct, smart, and above all, witty. Sheffield songwriters don’t suffer fools, and they’ll never hesitate to use irony, sarcasm, and dark humor to drive their points home. In that regard – and in many others – Soup Review is an exemplary Sheffield band. They’re formidably intelligent, their melodies are front and center, they’re irrepressible, irreverent, indebted to folk styles but not wedded to any of them, and they’re carrying the flag for their city with the sort of attitude that’s pure Yorkshire.

“Stars In Their Eyes On SSRIs,” the band’s latest single, makes the duo’s dynamic plain. Chris Delamere is the Yorkshire native; he’s the one whose voice carries overtones of the British folk-rock tradition. Mario D’Agostino is the newcomer to Sheffield from England’s southern shores, and he’s brought some of that lo-fi, indie rock insouciance north with him. When they sing in harmony – as they do here – it’s like both hemispheres of a razor-sharp brain firing at once. “Stars In Their Eyes” isn’t glossy (thank goodness), but it’s gorgeously decorated nonetheless: there’s woodsy acoustic rhythm guitar, a pure and plaintive lead played on a wonderfully cheap pawn-shop synth, a sunburst of brass, and the clear, warm voices of the two principals, who deliver incisive lyrics with a smile.

The narrator of “Stars In Their Eyes On SSRIs” is determined to beat depression by pretending he’s someone he’s not – someone famous, like Freddie Mercury, or Cher, or even Englebert Humperdinck. It’s his only way of getting through the day and beating the pulverizing self-doubt that’s depleted his serotonin. Of course, adopting a celebrity persona is a flimsy defense against the incursions of a hostile world, and, in a visual metaphor that makes the song’s message plain, D’Agostino and Delamere appear in the clip in costumes made of cardboard. They’re stepping out as their idols, but their disguises are unlikely to fool anyone – especially themselves.