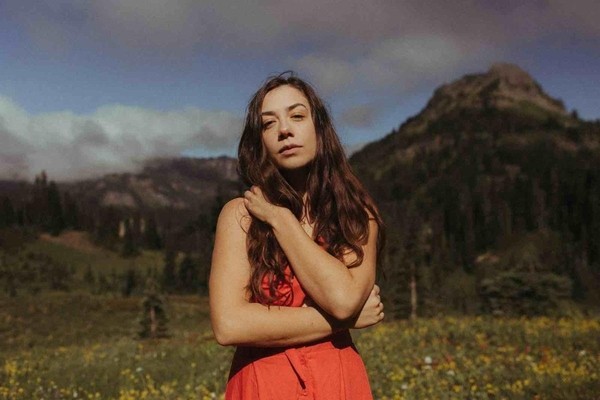 Phoenix, AZ-based Danielle Durack today announced her new album No Place will be released on January 15th, 2021. She has also shared the winking video—co-directed by herself and Freddie Paul—for first single “Broken Wings,” which debuted this morning via NPR Music’s All Songs Considered. No Place presents a powerful singer and earnest, thoughtful songwriter as she opens her private journal to listeners and recounts the moments of sadness, longing, guilt, anger, regret, confusion, and loneliness that defined her most significant heartbreak.

“Broken Wings,” which slowly builds to crashing drums and distorted guitars against the backdrop of Durack’s dynamic vocals, is “a kind of wry take on my questionable taste in men,” she explains. “The song is pretty self critical, like, ‘why do you keep doing this to yourself?’ But also pretty jab-y towards the men in question. It’s about wanting something that isn’t good for me.” Of the video, Durack adds: “A friend who used to work at a bridal store posted about a crazy closing sale, and I started thinking about creative ways I could use a wedding dress, which sparked the concept for this video. I had a really hard time deciding on how it should end, but ultimately, we went with a ‘The Graduate’ inspired ending where the excitement of the moment quickly fades after the ceremony, and the weight and permanence of my decision begin to sink in.”