Layla Kardan, her new single, You – out now – is a brooding, electro, r&b-tinged pop cut and a powerful ode to freedom. The controversial video – directed by Mad Juice  the creative agency responsible for putting Arab girls in historical pictures for Pumas ME campaign  pushes cultural boundaries in the more conservative ME. 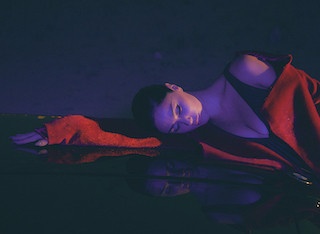 You is a powerful ode to freedom, a personal and empowering journey through loss-love and self-discovery. Its the product of Laylas search for independence, achieved by untangling herself from unhealthy relationships. In Layla own words, its about the constant struggle of remaining independent and yet always falling into the arms of possessive men incapable of handling my strength. The constant pull to retain a position of power ultimately sees the relationship fail and overturn for the last time.

Part of a new generation of fearless creative talent redefining music, fashion and culture in Dubai, Layla works closely with AY, the music producer pushing new sounds in the region. With credits including cuts with TLC and Pusha T, for You, the sought after artist created a sound palette in which dark and percussive elements contrast with the subtle soundscape putting Laylas lead vocals at the front of the mix.