One can easily imagine how fans that miss those early those days of Killers music will take a liking to “Hold Me” by Harbor and Home, off the group’s Hold On To Love album. Vocalist Kaleb Williams sings this love song with a conspicuous quiver in his voice, similar to Brandon Flowers. 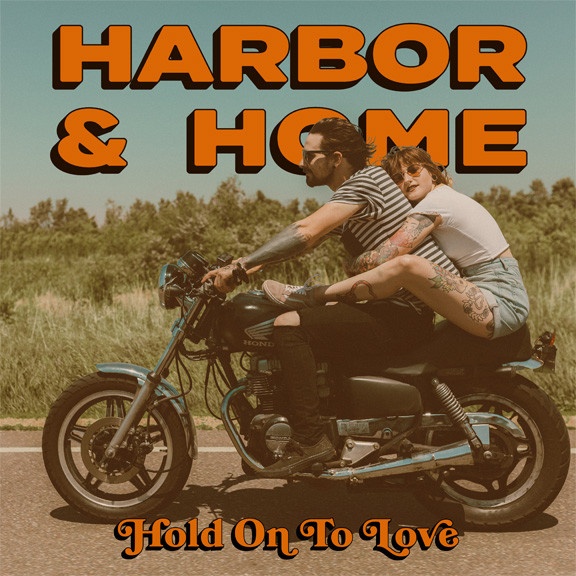 Even before the singing and instrumentation kicks in, though, the sound effect of a motorcycle can be heard at the front of the mix. Williams opens by telling his girl how beautiful she looks tonight. Dating advice will advise you how it’s always a good idea to open with a compliment. Women take a lot of time (a lot more than men) making themselves look good, so it never hurts to recognize the effort. Although the instrumentation, which is a combination of keyboards, guitars, and drums, is a relatively standard rock sonic combination, it does have a bit of a dance beat, too. It sounds a lot like early Killers, although that band was far heavier on keys than Harbor and Home sounds here.

When Williams gets to the song’s chorus, he doesn’t sing anything overly poetic or original. He basically begs to be held, and also pleads with his girl to not ever let him go. This same message – while worded differently – has been applied in thousands of songs before “Hold Me.” Ah, but Williams is merely expressing those common feelings of first love. Young lovers can’t keep their hands off each other, and for good reason. They’re magnetically attracted to each other.

After just two minutes into the song, however, the track goes into a surprisingly unexpected electric guitar thing. It sounds like something out of a ‘70s Cheap Trick power pop recording. Vocal ‘Hey!” shouts accompany this aggressive electric guitar section. This interlude lasts for about fifteen seconds, then the song picks up again, seemingly where it left off. It doesn’t really feel like this instrumental part fits the rest of the song, and the listener is left to wonder just what purpose it serves. It’s not like, say, a screaming electric guitar solo, for example, that can kick a song into a whole new gear. No, this is just an odd, unusual, unlikely little guitar thing – almost as though the guitarist in the band just needed to get his two cents in.

During the last minute of the song, the chorus is sung with a relatively stripped-down arrangement. It’s more singing, and a lot less instrumentation. The song then just ends with a snippet of that same odd electric guitar part again.

This song is upbeat, which fits in with the group’s overall purpose. The group’s website states how this act wants to be “light in the darkest times of life.” In fact, the name itself – Harbor and Home – symbolizes places of refuge and security. Now, can a rock band ever live up to this high standard? Probably not. Even so, rock bands can be inspirers. A lot of people look up to the group U2 as a kind of light in the otherwise dark world of rock music. Their singer Bono, who can sometimes be too over the top, nevertheless sets the standards for U2 high. Then again, as this song reminds us, sometimes the best remedy for any personal crisis is to be held tightly by another person.