ABOUT “Heartstrings” – It’s a song I wrote about a mushroom trip I went on, and the introspection that occurred on how much love and appreciation I have for someone; it was all so damn gushy and cute that I found it to be kind of disgusting and embarrassing. It was also on the heels of exploring concepts of polyamory in a long time relationship, realizing this love wasn’t just something that could go away with some other side fling. 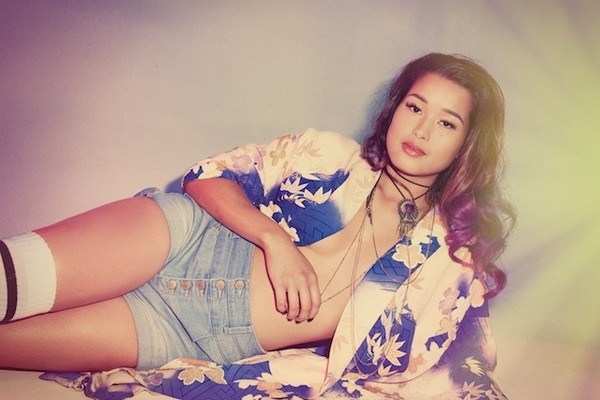 Born in the Philippines, raised in New York and currently residing in Atlanta, Georgia, Raquel Lily is an independent singer, songwriter, producer, guitarist and online personality. She streams music performance and a variety of content, including live vlogging (IRL Streaming), Just Chatting, Social Eating, gaming and cooking on Twitch. Graduating from UC Davis with a degree in Neurobiology, Physiology and Behavior, Raquel left the medical field and dove head first into her creative pursuit in music and began online streaming in 2017.

Her upcoming debut, full-length concept album, I’m Leaving, features eight songs, narrating a coming of age story about someone going through their 20’s. Raquel confides, “Everyone’s been broken from something. You smoke some weed, you fall in love, they turn out to be a fuckboy, you’re with someone shitty, you break up, you ghost them, you still love them, you resign, you meet someone new and there’s hope again.”