CIENFUE’S music has been described as psicodelia tropical, which speaks to the Panamanian region where the man is from. Life in the Tropics is the artist’s first English-Language album, and it’s a jumbo variety-packed release. 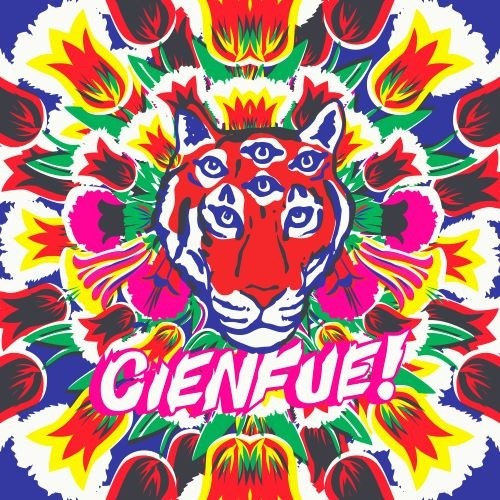 Latin music has been burning up the pop charts of late. Whereas not all that long ago, it would have been extremely rare to hear Spanish language pop songs on the radio, these days you can probably hear the Latin tongue sung at least once an hour on pop radio. With that said, though, CIENFUE has chosen to sing these new songs in English.

Not only is this music in a language most Americans can understand, but it’s also in a musical language fairly familiar to many. These aren’t traditional Latin grooves. This is not to say there isn’t Latin music on this full-length; it’s just to note that these songs sound far more like the softer side of American alternative music, than what we usually think of as Latin. If you especially love Vampire Weekend, for example, much of this album will appeal to you. Just take in the jumpy rhythm and singing applied to “Is Anybody Anybody,” which also applies some might tasty guitar playing. Then on the album’s title track, the artist engages in a groove not unsimilar to Daft Punk’s “Get Lucky.” Granted, CIENFUE is not nearly so overtly sexual with his track, but he has created a recording just as irresistibly danceable.

There’s just so many eclectic sounds on this release. “Like Animals” combines pretty vocals with guitar work that sometimes sounds like twangy surf rock. No matter the sound the man reaches for, though, most everything on this album sounds happy. That may sound like a trite assessment, but it’s getting rarer and rarer these days to find simply happy music. It’s almost as though artists are afraid to make happy music because then listeners and critics won’t think their being serious. This is the same reasoning that prevents comedians and comedies from winning Academy Awards. Happy music, just like funny movies, can be just as difficult to create as sad and angry sounds. Why is this? Especially during darker times, don’t we desperately need music that brings us out of the doldrums and makes us smile? I think we can all agree to that.

Some of these songs are less complex than others. “On the Back of Your Neck,” for example, tamps down some of the layered production, for a tune that might remind you of 80s New Wave pop. The one song type missing from this album is the ballad. All of these songs are rhythmic, to some degree or other. Certainly CIENFUE (real name, Navarro Quelquejeu) has quieter moments. Perhaps he just wants this album to show how much of a party atmosphere one can experience in Panama.

Yes, this album is a wonderful advertisement for living in the tropics, the same way the Rose Parade lured cold Midwesterners and East Coast-ers to Southern California each New Year’s Day. More than that, though, CIENFUE has created a fun and rhythmic album, from start to finish.