Better Noise Music recording artists and global rock sensation, Bad Wolves release the music video for “Learn To Walk Again”, a song off of the band’s 2019 album N.A.T.I.O.N. that will appear on the soundtrack for the upcoming Better Noise Films release, THE RETALIATORS. 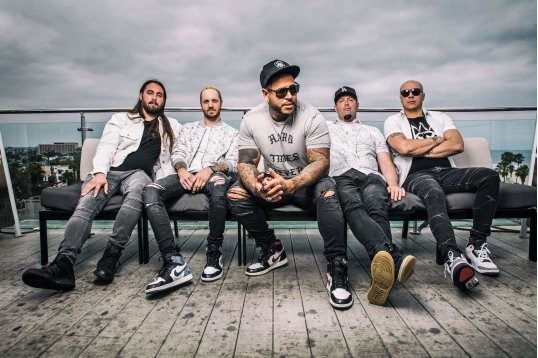 The music video for the track features live footage of Bad Wolves performing on their 2019 tour – something fans of the band miss dearly. THE RETALIATORS is a high-octane horror-thriller, starring Michael Lombardi (FX’s Rescue Me), Marc Menchaca (Ozark, The Outsider) and Joseph Gatt (Game of Thrones) with special guest appearances by some of rock music’s biggest names. The soundtrack for the film features Tommy Lee, Bad Wolves, Five Finger Death Punch, Papa Roach, The Hu, Ice Nine Kills, Escape The Fate and more, and is due out in early 2021.

“This song is about changing your life,” explains vocalist, Tommy Vext. “Myself, the guys in the band and a lot of other people in my life were going through a lot of changes when we wrote this. All of us had been going through these trials and tribulations over the last couple of years and the future was unknown. Sometimes you need to be brought to your knees and be willing to try anything to find your way to where you need to be. ‘Learn To Walk Again’ isn’t my story, it is OUR story.”