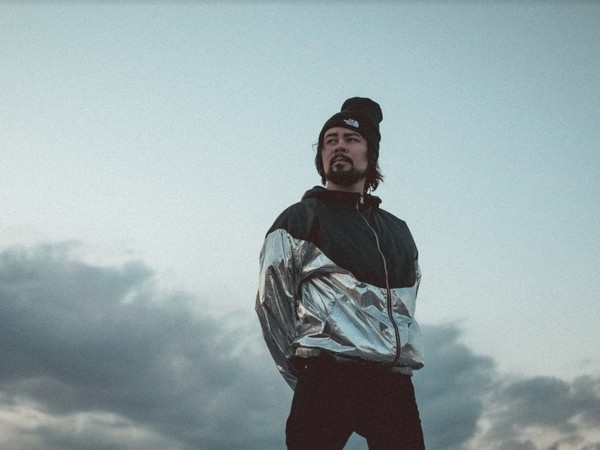 Young Tuxx is creating a universe called Papi Shiitake and he wants you to come along for the ride. Young Tuxx, also known for being the frontman of the Brooklyn band Best Behavior, has teamed up with co-writer/musical-conspirator Ryan Sieloff. The longtime friends might be separated by the entire country, but they incorporate East and West coast nuances on top of each other’s distinct styles. Young Tuxx tells stories of optimistic loneliness over Sieloff’s 60s inspired dreamscapes while their alternative-surf rock sways in the wind. There is no filter in their songwriting and no designated place to listen to their tracks; Papi Shiitake was created for the ebb, the flow, and the crest of the days that keep on passing.

We’re nearly seven months deep into this pandemic with no context of what’s to come next. The monotonous repetition of every day begins to morph into an endless loop, and we start to lose track of the months. Papi Shiitake’s newest music video, “Enjoy the View,” encompasses all of the quarantine tedium and the struggle to pay rent with his Muppet roommate (Lil Tuxx). Young and Lil Tuxx follow all of the advice in the money-making guide, but they fail horribly at each job. Whether it’s eating their customer’s food as delivery drivers or messing around in the office, they constantly hop on to the next potential profitable gig.

Busking on the street with a handy cardboard sign isn’t very practical – especially since Young and Lil Tuxx switch up their requests. First, they’re hoping for drink tickets, then some coupon codes, and of course, subscribers to their “OnlyFrens!” After they fumbled the sensual vibe of their live cam, they turn to the internet for its viral proclamation. And viral they went with their TikTok style dance routine that inspired world peace. The steadfast duo might’ve lost some subscribers on OnlyFrens, but they gained many followers worldwide.