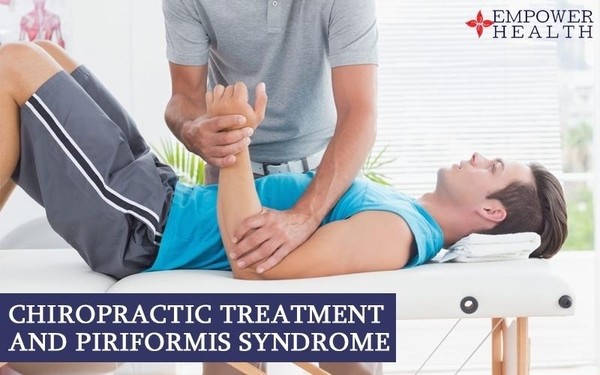 The piriformis muscle is located deep in the buttocks, which reaches from the sacrum (pelvis) to the upper part of the thigh bones that are also called the femur. Sometimes these muscles go into spasm, and the cause is often relating to the sacroiliac joints or the spine or from the overuse of the spine. It is pretty painful for those who are going through it and even disabling in some extreme cases. However, fortunately, in most of the cases, the chiropractic treatment is quite effective. An accurate and just diagnosis is the key to have an effective treatment.

What is Piriformis Syndrome?

The origin of piriformis is one of the surfaces of the pelvis of the sacrum and the sacrotuberous ligament as well; it spreads through the greater sciatic foramen towards the insertion point on the greater trochanter’s upper end.

In the contraction of muscles, it rotates the thigh outwards, which is known as the external rotation. In case of all the muscles sitting close to the joint, the main function of it is to provide stability for the hip trough and the thigh in the form of isometric or static contraction. It works in combination with the various other buttocks muscles such as inferior gemellus, quadratus femoriss, and superior gemellu and obturator internus. It is absolutely impossible to isolate the muscle testing because of it, but it is, however, easier to find and palpate if you know how to do it.

According to some of the researches, the syndrome often causes pain in the lower back, buttocks and hips, groin, perineum and can result in painful intercourse (dyspareunia) as well. Moreover, excruciating pain in the rectum during defecation is also one of the symptoms of piriformis syndrome. However, the most common and trivial symptoms are pain in the lower back or the pain that radiates to the buttocks and then down the leg.

In most cases, when people talk about this syndrome, they mistake the referred pain from the muscle to be the piriformis syndrome. The main difference is that the true piriformis syndrome has a few neurological symptoms linked with it, which includes tingling and weakness, numbness, pins and needles and pain as well.

If you find yourself in any of the symptoms mentioned above, then you should visit a doctor at your earliest. The chiropractor approach for the diagnosis of the syndrome is to include a full examination of the pelvis and spine and all the other related musculature. The chiropractor conducts the operational, orthopedic and neurological examinations as well. Piriformis syndrome chiropractic treatment techniques include the following procedures.

1 – Dysfunction in the sacroiliac joints is one the main participatory character, which leads to the neuromuscular dysfunction and causes weakness in all the other muscular areas as well.

2 – Multiple trivial activities are proved to have worsened the pain in the piriformis syndrome such as running, walking, performing squats, climbing stairs and sitting, but they are quite general therefore cannot be relied on for the diagnostic purposes.

3 – One of the possible signs of the tight piriformis muscle is having one foot pointing outwards more than the other while the person lies relaxed on their back.

4 – Direct palpation of the muscle also reveals a tender and taut muscle, often with the elicit points present, causing mentioned pain locally or down the leg.

5 – The resisted external rotation, along with the passive internal hip rotation, can also increase the pain.

6 – The defied muscle testing can also be used to check if the tendinitis is present, but because the piriformis works along with the several other muscles in the buttocks areas which includes inferior and superior gemellus, quadratus femoris and obturator internus, it is often challenging to be certain.

7 – In case of the neurological symptoms, various tests are performed to rule out the disc injury. Some of these techniques are modified in order to see if the disease has affected the sciatic nerve, and piriformis muscle has irritated the taut. These tests include Bonnet’s test.

The plus point of the syndrome is that its diagnosis is quite easy, which does not need any kind of imaging such as CT, MRI or X-rays. With the help of the clinical tests, the diagnosis is made. If the chiropractor sees any neurological symptoms, he/ she will do a full neurological examination to observe the main cause of the symptoms. The most common cause is the disc herniation but sometimes, even though rarely the more threatening causes are meant to be left out. In such cases, the MRI scan is requested.

Once a particular and accurate diagnosis has been made, the overall treatment can be started.

To ensure quick recovery, there is nothing better than the rest and modified exercise, and this is mainly recommended in most of the orthopedic problems. The chiropractic treatment aims to restore the functioning of the spinal joints and pelvic, which is most often the main cause. A pronated foot which is also known as the fallen arch may also cause leg rotation which puts on extra strain on the muscle; it is also addressed through foot orthotics along with some particular exercises for the feet.

Chiropractor treatment of piriformis syndrome is proved to be quite effective if not 100% effective, it is most recommended and reliable treatment for this syndrome.