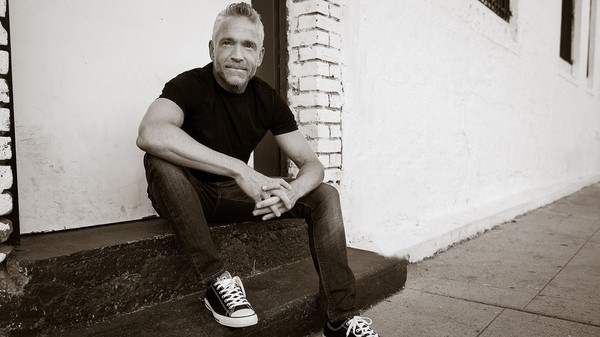 The time between Dave Koz deciding to be a professional sax player and becoming a professional sax player was, by industry standards, no time at all. Within weeks, he was backing up R&B and smooth jazz mainstay Bobby Caldwell. From there, Koz went on to make his mark as a songwriter, late-night TV bandleader, and Grammy and NACCP Image Award nominee. He wrote the General Hospital theme song and sat atop the Billboard Jazz charts numerous times. He’s made 20 albums; the 20th, A New Day, was recorded this summer, with everyone laying down their parts in different studios and home studios around the country, quarantine-style. But with Koz’s infectious passion as its North Star, gems like “Summertime In NYC” sound like they were tracked in the middle of one long get-together that just so happened to take place in one big live room.

This is not a song; this is a time machine to the summer of 1977. It’s the best time of day: the sun flares as it sinks between the apartment blocks. Friends, family, and neighbors gather, someone props a speaker in their apartment window or fires up their car stereo. “Summertime In NYC” is a direct descendent of the glorious, feel-good R&B that folks like Bill Withers and Earth, Wind, and Fire blessed us with. From the echoey snaps keeping time on the intro, you know exactly what kind of song this is. Dave’s curved soprano sax reigns supreme, but and it’s in stellar company. Among the handful of artists Koz called up to join in are EW&F’s Ralph Johnson on drums and Brian McKnight on vocals. You’ll know McKnight from his soulful, must-be-sung-along-to R&B chart-topper “Back At One.” It was the jam on everyone’s system at the tail end of summer 1999, joining the canon of late ’90s R&B classics almost instantly. Falling in love, opening a hydrant, hanging on the stoop, or climbing the fire escape to the roof: it’s all right here in “Summertime In NYC.”

“Summertime In NYC” was mostly recorded in NYC, so it only made sense to head outside and shoot the video. Directors Jonah George and Henry Corneros took to the sweltering streets of July 2020 New York City with a couple Super 8 cameras; the grainy, handheld footage feels like you’re right there. You’re killing time with friends on the corner, riding the train over the bridge, taking in the views that never get old, and finding a patch of grass to lay out in the park. It could be late-70s Brooklyn, until a very modern, very New York City street sign appears, with some real talk: “Wear a mask. Yeah, you.” But this video is a pure escape from today, from concern, from whatever else you should be doing. Throw “Summertime In NYC” on, and suddenly, wherever you are is exactly where you want to be.