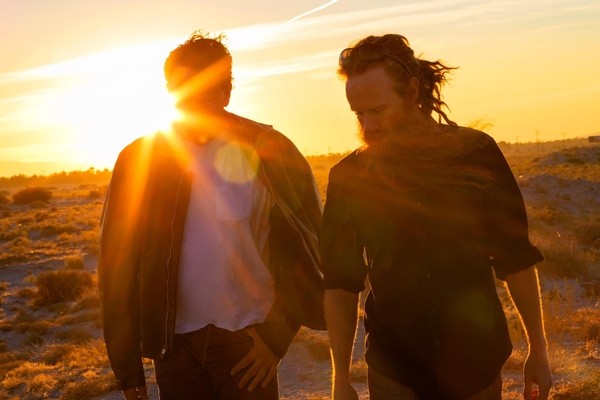 After a long, insanely successful career writing songs for other musicians – The Eagles, Aaron Neville, Bonnie Raitt, Mavis Staples, and Rod Stewart, to name a few – it was time for Larry John McNally to begin writing songs for himself. One night, after mentioning to a friend that he was a fan of the Holy Grail of organs, the Hammond B3, that friend hooked him up with Harry Waters. Waters, son of Pink Floyd’s Roger Waters, had already made his own name in the industry, having performed with his father, Ozric Tentacles, Marianne Faithful, Tom Jones, Dean Ween and Nick Cave, sharing stages with the Stones, Dylan, Young, Gilmour, and Vedder, as well as fronting his own jazz band, The Harry Waters Band. McNally Waters were only a few songs into their partnership when they were offered an international tour, where they solidified their sound night after night on stage. With their second full-length album delayed by COVID-19, they released three songs, one of which is “Bang Bang.” It’s an incredibly timely, yet timeless, track that showcases the musical niche the pair carved out for themselves among blues, country, rock, and folk.

“Bang Bang” is the song you want to hear when you walk into a hot, smoky little joint in the middle of nowhere – or the middle of anywhere. A rollicking, soulful piano number, it’s one of those songs that’s got so much understated melody and such killer playing, it’s over before you know it. It’s bluesy Americana born in LA but recorded in the British countryside. McNally and Waters tracked the whole album live in just six days with Pat Kenneally on drums and Tali Trow handling bass. You can hear the straight-to-the-point protest spirit of Joni Mitchell in the song’s plainspoken manner and the matter-of-fact delivery of incendiary turns of phrase like BLM’s calling card, “Hands up, don’t shoot, bang bang.” It’s not just one of McNally Waters’ best songs; it’s an important, politically-charged folk protest for our time, as catchy as it is crucial.

The songwriting team of McNally Waters could’ve penned a track about damn near any subject. Says McNally, “the initial inspiration was the death of Eric Garner, at the hands of the police, in addition to the trials and tribulations of certain young men in my life, pushing against societies’ society’s boundaries and society pushing back on them.” The clip doubles down on the topic with some stark line-drawn animations from illustrator Gabriel Isacson. The frame is periodically crisscrossed by a blooming flower (hope in the most dire of circumstances), a snake (Biblical loss of innocence, evil intent), and birds in flight (take your pick on that one – darkness, light, death? Bird imagery has it all). In between, the guys walk the outskirts of a California desert town, the morning after a late-night gig. Perhaps they were clearing their heads after laying something heavy like “Bang Bang” on some folks who needed to see some kindred spirits up on that stage.