As trailblazers, Christafari is continually pioneering the genre of Gospel reggae in the U.S. and throughout the world. With their latest releases and music video “So Will I” the musicianaries wanted “to showcase the glory of creation. From painted skies to snowy mountains, giraffes to jellyfish, deserts to waterfalls, and caves to volcanoes, all of this beauty is projected on the canvas of God’s most magnificent creation – mankind. Let’s face it, Jesus didn’t die for the dolphins or desert camels. He died for us. And so we have chosen to live for Him.” 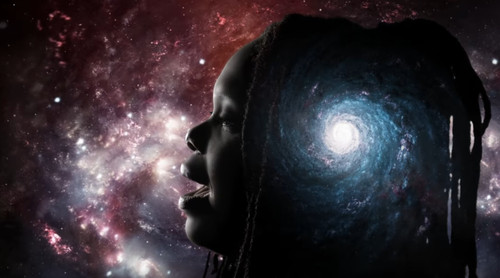 “So we had a video shot, but we were FAR from done. Then we started our Ascend MasterClasses. Teaching 40 masterclasses (around 20 of which I was a part) was an overwhelming task to say the least. One of these classes was Cinematography. After teaching this class I received an email from a student in Colombia who was blessed by the class. He offered to help with visual FX for our music videos. As an expert in After Effects, he was looking for an opportunity to use his gifts for the Lord. What an answer to prayer! We were blown away by his generosity when he insisted on doing the whole video for free! He said he was very inspired by the class, and though he couldn’t donate financially, he wanted to tithe his time. We were speechless! It gets better… we tried to pay him something for this, but he insisted on doing it for free and even took time off of work to do it! We couldn’t believe this! And when he finally went back to work he sent me this mind blowing text: “Mark! I started receiving blessings… my boss increased my salary suddenly… no explanation… you are sooo good land to plant seeds OMG God is good!” And then a few days later he said that his wife got a new job! The Lord always provides!”

Christafari are musical trailblazers and have been continually pioneering the genre of Gospel reggae in the U.S. and throughout the world since the early 90’s. But the band is more than just musicians; they’re “musicianaries” (musical missionaries), spreading the message of hope and salvation globally to approximately 20 countries per year. Christafari is comprised of men and women from various continents, countries, and cultures who share a love for reggae music and passion for following Jesus to the ends of the earth.