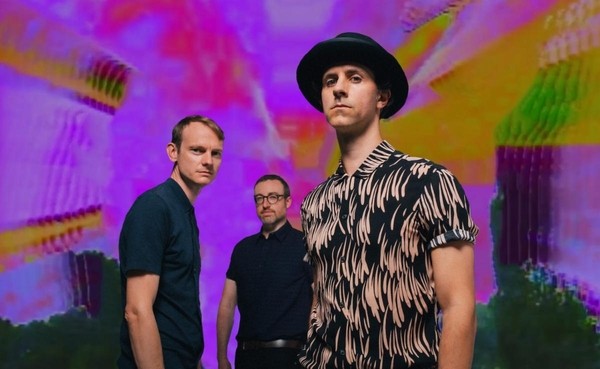 “Child Of The Flatlands” is a psychological and geographical rumination on the push-and-pull between our urban surrounds and the persistent grip of nature. With Paul Smith as no stranger to the art of conjuring vivid imagery with his words, the song offers a longing look at the locations that hold such great meaning in youth, and how they inform identity, going on to grieve their gradual loss through the passage of time. Hodgson’s warping and kaleidoscopic VHS eye casts Teesside as a smudged memory, or half-forgotten dream-like state, in an echo of where the band takes the song. Paul Smith comments:

“Child Of The Flatlands is an affectionate look at both the psychic and physical edgelands of the town where I grew up, punctuated by snapshots of modern Britain as viewed from a distant hillside. It’s about the inevitability of nature (in all senses of the word) over the order we try to impose on it. The quiet, melancholy choruses lament the loss of community spaces for marginalised people, and the overall pace is meant to evoke a long walk, collaging found sound, strings and insistent piano to create a mildly psychedelic pop odyssey.