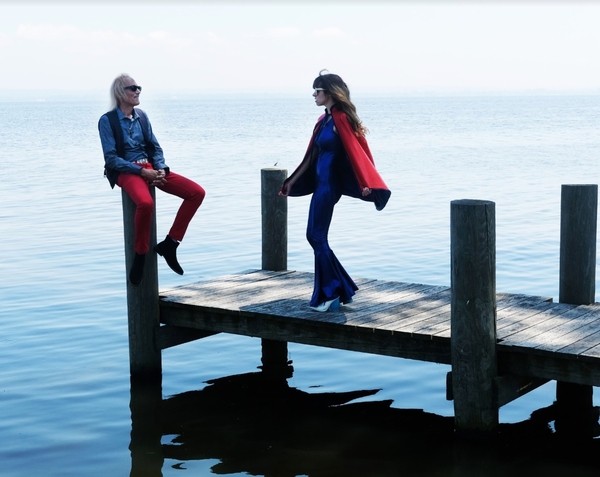 AV Super Sunshine has been living the peace, love, and rock ‘n roll life for some time now, and he has the discography to show for it. His unique name came from Grammy-nominated songwriter and producer James House, who came up with the idea of mashing up the artist’s initials (“AV”) with the song title “Super Sunshine Girl.” A native of Fond du Lac, Wisconsin, he’s taken influence from all over the musical spectrum, citing several favorites: Jimi Hendrix, Lady Gaga, Pink Floyd, Kurt Cobain, and Skrillex, to name a few. His continuous output of songs and videos maintains roots deep in rock and roll while crossing into adult contemporary, dance, pop, and EDM. In 2019, he saw a spike in radio play in Asia, Europe, South America, and the UK with multiple number 1 hits on both the EuroIndie Music Charts and the World Indie Music Charts. With support from the BBC, AV also cracked the top 20 of both the DRT Global Adult Contemporary and Global Rock commercial airplay charts.

A great song is a great song, no matter the arrangement. We first brought you the original “Baby Goodbye” video in 2014, followed by a hip-hop remix video and later “Baby Goodbye 2017 Dance”, a club-flavored house-remix. Now, AV is back with “Baby Goodbye 2020,” an updated take on the song. The original “Baby Goodbye” includes a supergroup of musicians: drummer Brad Pemberton (Ryan Adams, Steve Earl, Willie Nelson) and background vocalist Ruby Amanfu (Beyonce, H.E.R, Jack White). It’s an effortlessly smooth-gliding track that combines modern sounds with a combination of retro, guitar-heavy hints of 60s psychedelia, 70s hard rock, and soulful female backing vocals. The “Baby Goodbye 2020” video features high-quality color footage from the original “Baby Goodbye” video, along with grainy black and white footage of AV and his love – and muse – Philomena – adventuring through the city streets (remember those days, when we could run, carefree, all over town to see the sights?). The sound for “Baby Goodbye 2020” comes with help from legendary hitmaker Michael Bradford, who plays bass guitar on the “Baby Goodbye” and whose résumé in the rock, R&B, and pop world includes working with Deep Purple and Kid Rock to name a few. Bradford’s work gives AV a unique perspective that many of his peers lack, and his multi-instrumental talents are front and center, guiding the track into pop territory.