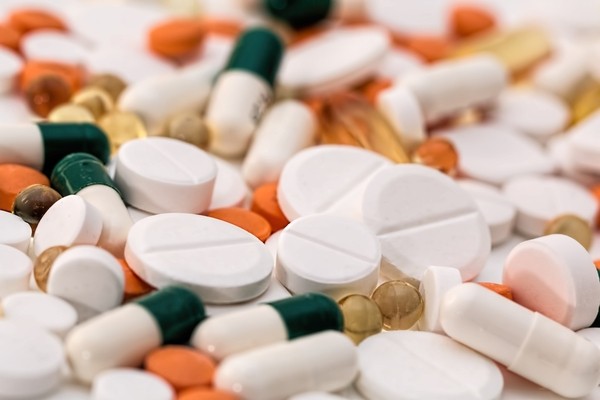 When we think of medicines, we certainly don’t want to think they’re dangerous, but the reality is that they can be. Medicines can even be deadly.

There are overt examples of this, as has been highlighted by the ongoing opioid crisis.

Tens of thousands of people a year die from opioid overdoses, often after being prescribed these medications.

It’s not just prescription medicines that can be dangerous, however.

The following are some of the riskiest over-the-counter medicines to be aware of.

Zantac is a popular heartburn medicine, but we’re increasingly finding out that it may increase your risk of developing cancer.

An estimated 60 million Americans struggle with heartburn each month, leaving them to turn to medicines like Zantac to find relief.

However, Zantac has something called NDMA that’s well beyond what’s considered an acceptable amount. Even in small amounts, NDMA may be a carcinogen. The longer you’re exposed and the higher the amounts you’re exposed to, the greater the likelihood of developing health problems related to NDMA.

Cancers linked to this Zantac ingredient include stomach, intestinal and colorectal cancers as well as esophageal cancer and kidney cancer.

Researchers at Memorial Sloan Kettering Cancer Center are currently looking at the links between Zantac ingredients and different types of cancer.

However, experts believe the risks may be underestimated.

One of the biggest risks is liver damage which can happen if you overdose. In severe cases, death can occur.

Accidental overdoses of acetaminophen are responsible for tens of thousands of emergency department visits every year.

It’s possible that in addition to acute liver damage, acetaminophen can also cause gradual liver damage over time.

A research study published in 2011 found that among people who regularly used acetaminophen, they were at a higher risk of certain blood cancers, including leukemia and lymphoma.

Diphenhydramine, which is an antihistamine in allergy medicines like Benadryl, is classified as an anticholinergic drug. These drugs are associated with more than a 50% increase in the risk of dementia.

Similarly, decongestants can be dangerous, especially for people with high blood pressure, cardiovascular disease, or glaucoma.

Some allergy medicines and decongestants have something called pseudoephedrine, which has the potential for abuse. Regularly using high amounts of pseudoephedrine can lead to shortness of breath, high blood pressure, dizziness, seizures, stroke, and even psychosis.

Even if you occasionally take allergy medicines and decongestants, they can cause drowsiness that makes it risky to drive or operate machinery.

Cough medicines available OTC are among the most widely abused drugs in the U.S. that are available without a prescription.

One of the risky ingredients in many cough medicines is dextromethorphan or DXM, which is technically an opioid.

Codeine has become more restricted over the years because of the opioid epidemic, but in some cases may still be available over the counter.

As a narcotic, albeit a mild one, codeine has a potential for addiction.

Too much codeine can also lead to respiratory depression, which can be deadly.

Laxatives typically aren’t dangerous if they’re taken occasionally and only as instructed, but in some situations, they can be risky OTC medicines.

Laxatives can lead to dehydration and electrolyte imbalance, for example, if they cause you to have diarrhea.

Severe dehydration can cause kidney damage and death.

Overuse of laxatives aside from one type called bulk formers can lead to the loss of intestinal muscle and nerve response. That can make you dependent on laxatives for a bowel movement.

Severe side effects are also possible such as rectal bleeding, and there’s a potential of abuse with laxatives as well. Overusing laxatives can cause damage to the organs such as a stretched colon, colon infection, or even liver damage.

Diphenhydramine is not only used in allergy medicines. It’s also used in OTC sleep aids, and it can cause memory problems and dizziness. It can also lead to a risk of falling, particularly among older people.

If you take any sleep aid with alcohol, even if it’s available over-the-counter, it can increase the risk of severe side effects.

NSAIDs, similar to acetaminophen, are commonly used over-the-counter pain relievers. Common NSAIDs include aspirin, ibuprofen, and naproxen sodium. NSAIDs are often used for arthritis pain, backaches, muscle aches and they can be used to reduce fever.

These medicines block chemicals that cause inflammation in the body.

However, non-aspirin NSAIDs can increase the risk of heart attack or stroke. This risk can be even higher if you have certain risk factors such as high blood pressure, diabetes, or smoking.

For some people, heart problems caused by non-aspirin NSAIDs can happen within just a few weeks of use. The higher the dose and the longer you use them, the more likely these side effects become.

Be cautious of using NSAIDs if you are older, have a history of bleeding problems or stomach ulcers, or are on blood thinners. This is because NSAIDs can increase the risk of stomach and bowel side effects like bleeding and ulcers.

NSAIDs also have mild side effects such as gas and bloating.

You should avoid NSAIDs during pregnancy, especially in your third trimester.

What’s important when you take any medicine is to first consult with your doctor and then make sure you read any labels. You should follow the instructions on the label carefully and heed any warnings listed on the medicine.

There’s a misconception that because something is available without a prescription, it’s inherently safe, and that’s not the case.

If you take high doses, mix medicines, or you have certain risk factors, OTC medicines can be dangerous or even deadly.