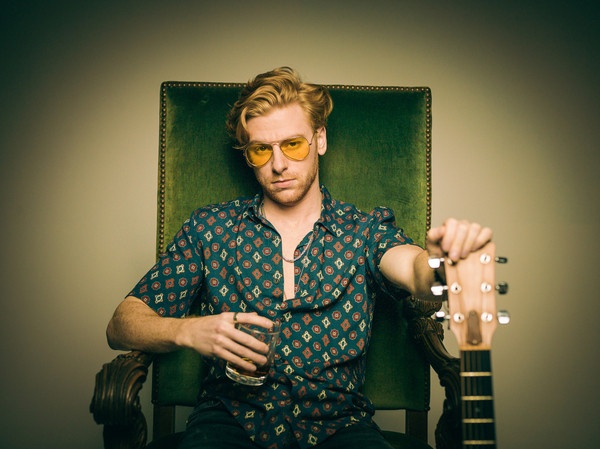 From the age of 21, Zach knew full well that music would be his path in life, and it has become so. He is a multi-talented instrumentalist as he learned to play the piano, drums, and guitar. His music is as diversified as he is. On his journey through music he learned to appreciate different genres from Green Day to Martin Garrix and then finally to the classics of The Eagles.

The fact that he crossed so many genres has developed him into a well-rounded musician. The guitar had become his weapon of choice when it came to producing his lyrics. As he explained.

“For me, if a song is good, it means that it can be played in an acoustic setting and have just as much impact, so I write everything on an acoustic guitar before producing it out. As such, a lot of my production ends up being guitar driven.”

His music is peppered with captivating hooks with a smooth delivery right from the start. Only recently did he release his debut album “Sand and Stone” which he worked on with Grammy award winning writer/producers Charlie Midnight (James Brown, Christina Aguiliera) and Jan Fairchild (Justin Timberlake, Mos Def.). His recent single “Tell Everybody I Don’t” is coming off his upcoming EP which was co-written and co-produced by Jan Fairchild and Charlie Midnight.

The interesting part of the single was that he recorded a video of the track in his apartment during the COVID-19 lockdown. It was a unique idea as it gave viewers a personal look at Zach in his own personal space. The video offers us all the type of things he enjoyed during isolation like ice cream, chocolate, whiskey, and pillow forts. It is fun and exciting way to introduce a track that everyone can relate to. So far, the views on You Tube have broken 220,000. Working with Charlie and Jan was a big plus for Zach to accomplish his task.

“It gave me a lot of confidence. Having Jan and Charlie to encourage me and reinforce that I am making good decisions and that my songs are good means a lot to me. Music is a very subjective industry, and you really never know what’s going to take to the market, so knowing that they believe in me really makes it easy to trust and believe in myself.”

Since he stepped into the music scene Zach has taken the stage at such venues like The Mint, Genghis Cohen, Viper Room and more LA hotspots. He hopes to hit the road to promote the album but is aware that until things are 100% safe, he would rather wait till that is possible. To follow his music and details of any tours go to his website below.