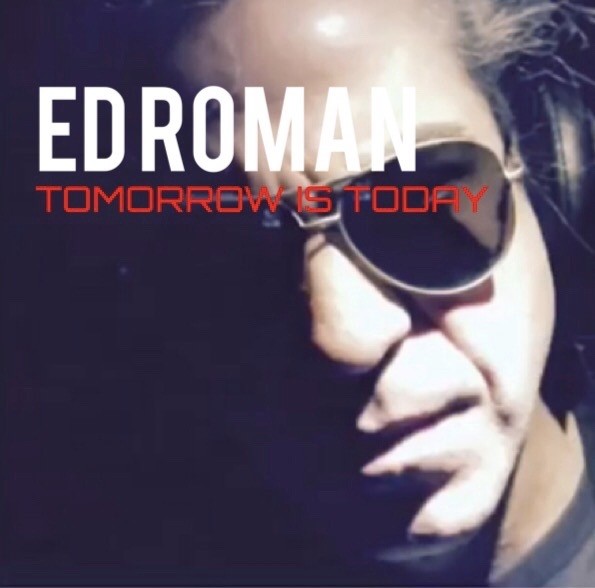 There is lots of talk in music making circles about “groove.” Often it gets used to describe everything from melody to beat to rhythm to bass lines but a groove is less definable than those more tangible things. It is something which exists partly in the sonic world and partly in a spiritual one. It is part musical structure and part feeling. It is often difficult to describe, tricky to put into words but when it isn’t there, you certainly know it. And if you really want to know what groove is, you could just listen to Tomorrow Is Today, the latest sonic slice from Ed Roman.

This is a song which is built on sparse but effective riffs, tribalistic drum beats and staccato, rock and roll vocal salvos. And great as all that is, the real energy, the real power of the song is the groove. All of those elements fuse into more than the sum of their parts and then attempt to cling on as the song rides the sonic tsunami that it has built for itself. It ebbs and flows, it rolls and rocks..and rock and rolls…it surges and sways, it bounces and boogies and it turns a great song into an unstoppable, elemental force of nature. That’s groove for you!