One of a number of tracks recorded over a two-day session at Hamilton’s The Porch Studio, (by long-time The Datsuns sound engineer and collaborator Scott Newth), ‘Light That Shines’ is the first release from the five piece, who list the likes of The Wedding Present, Guided By Voices, The Clean, Galaxie 500 and Pavement amongst their influences. 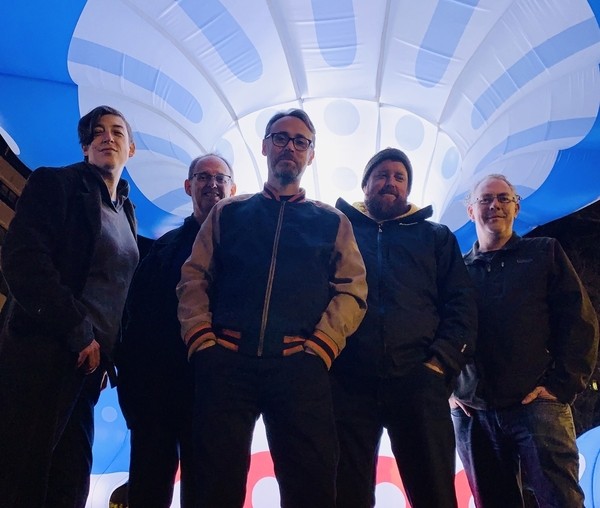 Bitter Defeat began life as a solo project in 2017 and consisted of crudely-produced half-songs by Rob Shirlow, who runs HUP, (Hamilton Underground Press), and has played bass in post-rock band Sora Shima and shoegaze band Ancient Tapes. “I was putting on shows for HUP, getting inspired by loads of amazing acts and sat down one day to write something on my own. Eventually a few things sounded ok enough to share, so I did that and a few people whose opinion matters to me seemed to like it. I think they were being genuine. So that was nice. But most of all I liked it, and that was quite a thing actually, to be proud of something I’d done on my own.”

“‘Light That Shines’ came about from messing around with a riff stored on my phone, coupled with some words that landed in my head when I was thinking about the last time, I saw my Nan. Nans are amazing people, aren’t they? When you’re old enough to have really good questions to ask them, it’s too late. Ben came up with the main chorus line which was really great and we decided to try a duet type thing which works really well I think.”

Bitter Defeat plans to release two more singles online in the coming months, after which the band plans to put them all together on a 7″ EP via Kirikiriroa-based Gravel Streak Records.

‘Light That Shines’ is available to stream in all the usual places including: