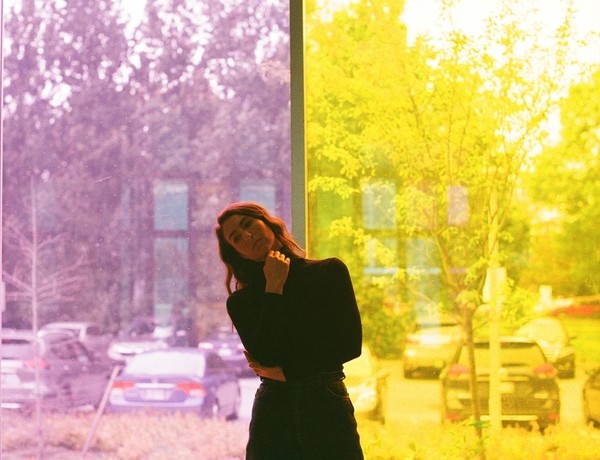 On September 4th Hannah Georgas who, over the years has been an active touring member of The National and Kathleen Edward’s backing band, will release her new LP All That Emotion on Brassland and Arts & Crafts. Produced by Aaron Dessner, founding member of The National and producer of Taylor Swift’s latest LP folklore, the album has already attracted an enthusiastic critical response with the mesmeric lead single “Dreams,” the calmly enveloping “Just A Phase” and pre-announce singles “That Emotion” and “Same Mistakes,” earning praise from outlets like FADER, Stereogum, The Guardian, Uproxx, The Line of Best Fit, Clash, American Songwriter, BrooklynVegan,
Exclaim, Earmilk, World Cafe and Consequence of Sound who dubbed Georgas “a new generation’s Feist.”

Today, Georgas is sharing her final single from the LP, a slow-burning synth pop gem entitled “Easy.” Introduced by pulsing arpeggiators and a subtle blend of electronic drums and organic percussion, the track builds towards a glittering crescendo, with Georgas’ weaving in and out of harmonized vocal parts as she chronicles a search for closure at the end of a relationship.