The sheer volume of issues in the world is overwhelming; the ongoing volatile conflicts that never seem to resolve can overwork anyone’s emotional labor capacity. While we try our best to stay politically woke and aware, many problems are overlooked. Not for Samar: the Minneapolis rapper is an advocate by nature; he doesn’t do it for the cash or clout. Instead, Samar’s lyrics come straight from the narration of his own stories. He went with the flow throughout his life, continually finding motivation and creativity in the environment around him. He was a break-dancer, then a b-boy, now turned rapper with a motive that’s global and a track that’s unmatched. 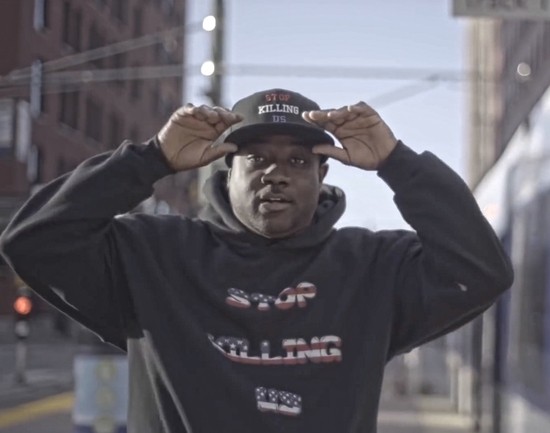 To him, hip-hop is a universal language that is made for any age; alongside Tyrone Jackson, the duo created early childhood development albums during their times as bus drivers that received airplay on Radio Disney. He throws out inventive metaphors and original hooks to get his point across organically and candidly. His newest music video, “Stop Killing Us,” is a plea against the current climate regarding police brutality. At just eight years old, Samar was impacted by the troubling roads his brothers went down. He promised his mom that he would get them out of that situation, and with his courage and tenacious mindset, he did.

The public lynching of black people by police officials has been an ongoing tragedy before the highly publicized murder of George Floyd. Samar calls for a direct cease of the brutality in his music video, “Stop Killing Us.” The clip was released at the end of 2019, but the message remains true as ever: the systemically normalized murder of black people at the hands of the police needs to stop. This type of trauma runs rampant through his community; therefore, he faced no challenge when writing the song. Samar even lost a friend in 1991 to the Minneapolis police.

He takes out the megaphone so that his message is loud and clear: violence against black people must come to an end, no matter who the perpetrator is. He proudly walks through Minneapolis as newscast scenes of all the murders recap on the screen. Samar even used raw footage of the civil unrest that followed. The rapper is ready for drastic change and doesn’t hesitate to be at the forefront of it. He hopes the next generation has better examples to follow and will live a life free of the worry of violence.