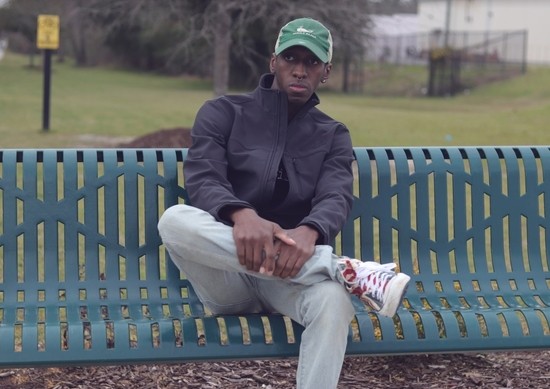 Seek out that which inspires you. Never mind the artform, genre, or generation – embrace it all. That’s the true artist’s path, and it’s the path that’s gotten Proper Einstein where he is today. He’s created a singular musical output built upon a foundation that stretches far and wide across the last four decades of popular music, from Soundgarden and Nirvana’s power and elusive pop sensibility to Michael Jackson and Prince’s god-tier groove and storyteller charisma. He’s learned from the greats and cracked the code for making intensely personal stories universal. The singer, songwriter, multi-instrumentalist, award-winning producer, director, and actor from Swainsboro, Georgia can glide effortlessly between hip-hop, country, and all points between. With four albums, a slew of singles, some heavy radio rotation, and some eye-raising collabs with the underground’s finest under his belt, the time is right to drop his latest creation, the single “Like This.”

If you’re going to sample one of the most beloved, instantly recognizable classics in all of pop, you’d best have the lyrical and musical chops to keep up. As always, he does more than just rise to the occasion. Instead of simply allowing “Put Your Head On My Shoulder” to dictate his flow and cadence, Proper Einstein – or “PE” – enters with a subtle rhythmic pivot. It’s a blissed-out, almost otherworldly track, a visitation in a dream. The scene he slowly lays out is of a man discovering that, hey, what do you know, he’s at peace. Everything’s cool. He’s able to convey confidence and vulnerability all at once through his casual, left-field wordplay. “Like This” is the first single off an EP that Proper Einstein is calling YouTube Project. All five tracks are jazzy samples of older songs meant to bring out a similar nostalgia. If Paul Anka were still around, he’d be banging this, windows open. That’s probably the first time anyone’s ever said that about a hip-hop track, but it’s just to say, a master recognizes a master when he hears one.

With all the alone time we’ve all had in 2020, a little love of self now goes a long way. Nostalgia now extends to events, places, and people we’ve only missed for a few months. PE took inspiration for the video from this New Nostalgia. Of course, he says it better than anyone could: “When you think about the Paul Anka song, you think about dancing with a significant other while gazing into their eyes. Throughout the video, life was my significant other, whom I was dancing with. Even though the world is shifting and seems as if it’s falling apart around us, me being alone with life itself is enough for me to be happy and keep me dancing with it while reminiscing about the good times.” Shot in soft-focus black and white, Proper Einstein roams empty streets that look like a bona fide movie set, clad in a classic Fedora and crisp Oxford. It’s the monochrome Golden Age of Hollywood come to life, and Proper Einstein inhabits it with all the ease of an artist whose craft and vision are timeless.