Against The Voices’ single, “Memories I Don’t Want,” begins with a repeated chime-y keyboard part that sounds a little bit like Coldplay. However, once the vocal kicks in, this is certainly not that popular British band. Not that that’s a bad thing; no, this is just where any side-by-side comparison between the two begins and ends. 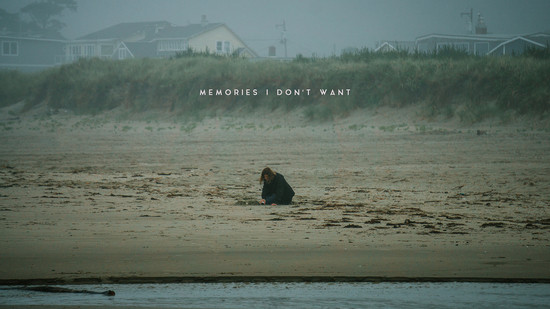 Lyrically, the song hearkens back to childhood, speaking about when these adults were just kids. These words suggest a time when its characters were young and foolish. It’s cliché to say, ‘Well, we just didn’t know any better.’ However, at a certain age, we truly didn’t know any better. They’re described as two kids in the great unknown, in a place where no space could hold them. Youth is such a beautiful deceiver, at times. When we’re young, we honestly believe anything is possible — at least, if we had good childhoods, that is. Innocence is quite beneficial, if you’re raised in a safe and nurturing environment.

Against The Voices is a duo comprised of Gabriel K. Hart (guitar/bass/vocals) and Nick Zimmerman (drums/keys/guitars/vocals). Sonically, this song is mostly keyboard-based. The song’s keyboard part may also remind you of The Postal Service’s “Such Great Heights.”

Towards the track’s end, the vocal takes on a more urgent and angry tone. We don’t really learn specifically what went wrong during this relationship. When this track begins to express more negative emotions, raging electric guitar kicks into the mix. This makes perfect sense, because there are emotions only an electric guitar can express, that most any keyboard cannot. It’s clearly an intentional decision on Against The Voices’ part to alter the sonic in this way, and it works perfectly.

The song’s title, “Memories I Don’t Want,” is an intriguing one. Many songs have been written and performed that concern drinking in excess, in order to drown out any and all unwanted memories. Memory can be a cruel mental stimulus. Sure, we never want to forget the good times, even though we many times do over time. Yet, there are memories we’d just like to block out – permanently. That can’t be done, even with the help of alcohol. It’s a little like that Cheap Trick song, called “Dream Police,” where voices sneak into a guy’s head while he’s sleeping. He can’t block these voices because he’s stuck behind the wall of sleep. The same can be said of our unwanted memories. As hard as we try to think about something else, something far more positive, bad memories always have a way of sneaking back into our minds.

Interestingly, the group’s name, Against The Voices, reads like a defense mechanism aimed at bad memories. Ironically, now that the act has written and recorded a song about memories they’d like to forget, they’ll need to perform the song live. Doing this will bring these memories flooding back again. Maybe writing songs about experiences you’d like to forget is not such a good idea. With that said, though, “Memories I Don’t Want” is a finely constructed pop song; one that will get stuck in your head, whether you want it there or not.