darkDARK, the duo of Chris James and Genevieve Vincent shares their 5-song EP We forget when we’re apart. out now via Nettwerk. The duo has created an ethereal, glitched-out, mantra-like EP that seamlessly pairs cinematic synths with modern pop. 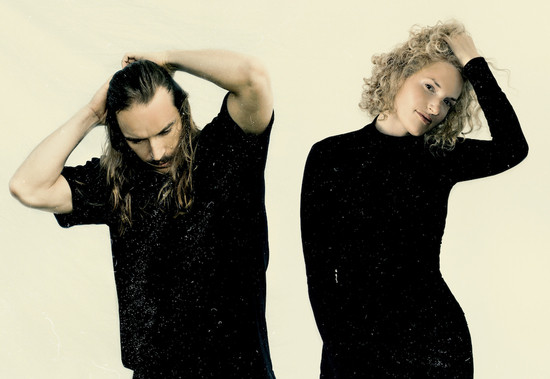 We forget when we’re apart., a title inspired by the gently pulsating song “Back to the Start,” features two previously released tracks – first single “In Two” and the spacious, escapist “No Symmetry” – in addition to a remix by electronic artist and producer Giraffage.

To celebrate the EP release, the band worked with director Will Wernick and 3D and VFX Artist Jordan Rundle to create the official music video for “Save It,” a harmonic groove about unheard voices, amid the richly verdant trees and black canopies of a Pacific Northwest forest. When speaking to mxdwn, the duo said “we’ve always envisioned this song as taking place in the deep, haunting woods of the Pacific Northwest. In the video, the bird lives in two separate worlds at the same time. At the beginning of the video: The bright sun of the day and foggy dark of the evening. As it continues: The slow meandering path of the real world, and the hyper-fast and intentional path of its reality. While the bird’s flight might seem haphazard from the outside, through its eyes we see that it has direction.”