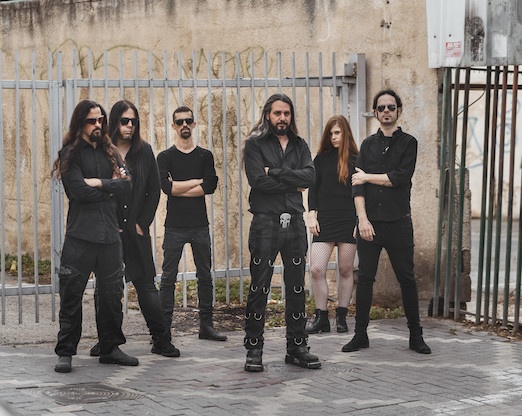 Vocalist Yishai Sweartz comments on the new single: “Words will not be enough to express how grateful I was to record such a personal song as “Misery Rain” with dear people as Fernando and Mikko, growing up in the early 90’s underground scene and especially as a Mediterranean country metal band I felt close to Moonspell since the “Under The Moonspell” release, me and Fernando grew up with the same musical and cultural influences, we are the generation who mixed the 80’s gothic and dark rock style with the strong influence of the first releases of Paradise Lost/My Dying Bride and the 91-94 black metal explosion and of course Bathory…, “Wolfheart” for me was an album that perfectly mixed all these influences so having Fernando recording with us this song here in Tel Aviv was a great experience.