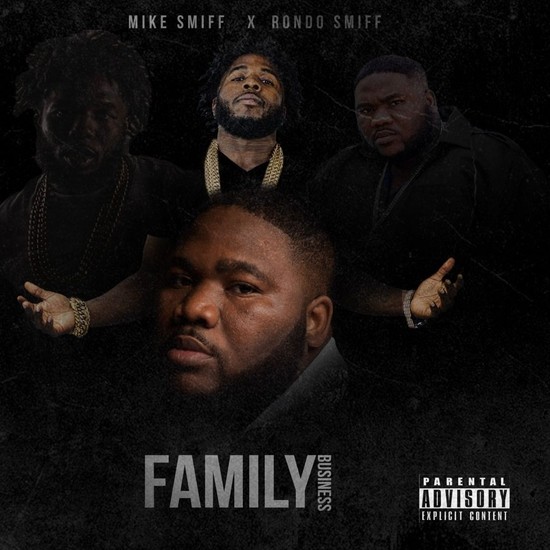 Just before the roads stop and the landscape is swallowed by swamp, you’ll find Naranja, Florida – just about as far south as you can go before America ends. Here you’ll find South Florida at its essence: palm trees and sandy soil and stream heat, and people on the grind, working and playing as hard as they can. This is the home of rapper Rondo Smiff, one of the most uncompromising and single-minded new voices in Florida. He’s cold-eyed but hedonistic, relaxed but more than a little menacing, whip-smart but never showy about it, parsimonious with the words he uses, and sure to make every one count. In short, he’s a cool customer in a very hot place, and he brings that South Florida attitude to life with every verse he spits.

He’s also got family. Rondo is kin to the respected Miami rapper and street storyteller Mike Smiff, and “No Feelings,” which is already making waves well beyond the Sunshine State, is a centerpiece of their joint project. Family Business isn’t the first time the two Smiffs have worked together – they collaborated on the meditative “Thank God,” a track that also included a guest appearance by Florida legend Trick Daddy – but it’s a full consolidation of a musical relationship that’s built to last. The album is lean, sharp, hard-hitting, hungry, and true to the life of the young and aspirational in South Florida, and “No Feelings” is a statement of purpose. Rondo’s got a big heart and bigger dreams, but he’s not going to let his emotions interfere with his drive to succeed. By telling his tale, he’s sharing the story of an entire region, and speaking for a new generation of rappers who lead with their determination.

The clip for “No Feelings” is, like so many of Rondo’s verses, deeper than it initially seems. Superficially, it’s a procession of images of a party at Rondo’s house, and director Appel Jax covers the hip-hop verities with authority and skill: dancing women, jewelry, stylish clothing, adult beverages, conspicuous consumption. Yet the looks on the partygoers’ faces are often complicated and haunted, and everybody at the house seems to have a story to tell. These are people who are partying because they have to: they’ve got steam to blow off and energy to burn, and vitality to express to the fullest in a place where tomorrow isn’t promised. They’re representing South Florida to the fullest – and they’re proud to be doing it.