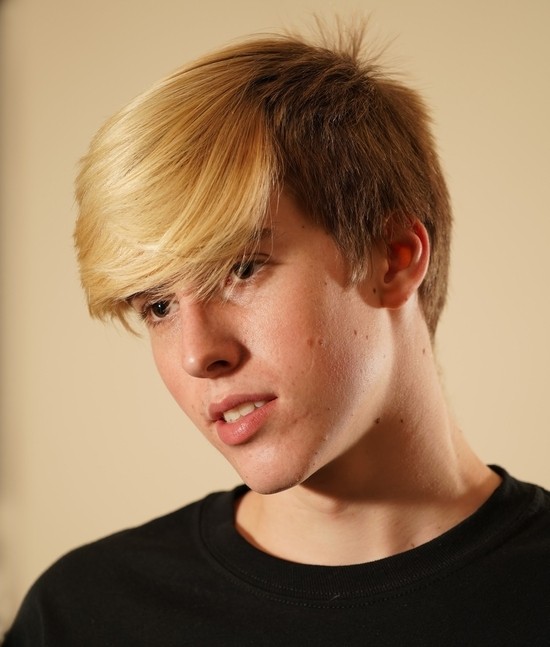 Some artists charge out of the gate with their sound cemented, their big ideas all set to go live. Soundcloud rap as a genre makes it easy for artists to dip their toe in the water, to test-market a persona and style. Not LA-Pennsylvania rapper LBM, a.k.a. Lil Big Medium; he swan-dived right into the game. He’s got a melodic, heart-on-his-sleeve delivery and a grasp of romantic tragedy well beyond his years that have already nudged him ahead of other artists crowding the lane. His breakout single “Stranded” has seen over 350,000 streams on Spotify and over half a million streams on Soundcloud; combined with a coveted feature on VIBE TV, this is a devastating breakout on its own, but LBM sees a bigger picture. He positioned it as the first installment of a much larger story that plays out in the subject matter and video for his latest, “Make Believe.” Take a listen: there’s nothing Lil or Medium about where this kid is headed.

LBM was riding the trap wave til Juice WRLD’s “Lucid Dreams” came out and course-corrected him, setting him down a path that felt more real and honest. Instead of bombast or sonic smoke and mirrors, he favors raw DIY beats, simple acoustic guitar, and ambient synths. On “Make Believe”, his voice has nowhere to go on but straight for the listener’s gut. The chorus is pop euphoria, a mandatory sing-along hook reminiscent of Bieber when he’s firing on all cylinders. LBM’s gauzy, soaring voice finds its sweet spot, making it sound more like an effortless confessional than the best work of this extraordinarily gifted songwriter and storyteller. He launched his career after watching a cousin do the (seemingly) impossible, producing and releasing his own tracks. In just a few short years, LBM’s made a heartbreaker of a song with authenticity and resonance that could easily turn a few rap fans into rappers themselves.

Lil Big Medium’s last video, “Stranded,” saw him escaping the clutches of an abusive ex, only to end with her trapping him on a dark, desolate bridge. “Make Believe” kicks off moments after that cliffhanger, and our hero is in rough shape. He slumps against the rail and sports bloody injuries that mirror the emotional suffering he endured at his former lover’s hands. Slipping in and out of consciousness, he flashes back to better days spent with a new love, a relationship full of promise. Lil Big Medium even pulls a “Say Anything” outside her window, but she never shows. Was this connection only make believe too? And are we watching LBM die on that bridge? You’re going to have to keep your eyes peeled for the next video.