“I wrote these songs over a long period and initially performed them solo across London after encouragement from my old acting friend Phil Brodie. From back rooms and basements to noisy bars and terraces – wherever the singer songwriter and folk scenes would have me. It wasn’t always successful, people didn’t always listen, but I learned a lot about the songs; how to play them, how to sing them and what the words really mean. There were enough special nights where I’d stumble by chance upon just the right audience on just the right night to keep me going. 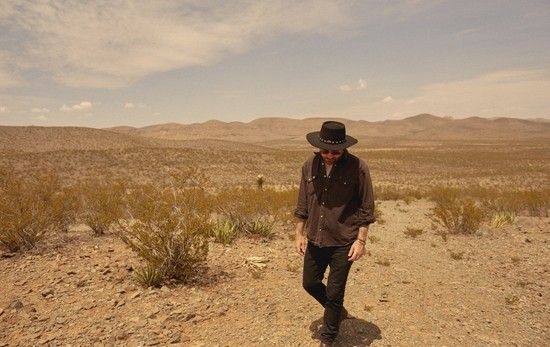 I used to think all the songs themselves were about other people and that allowed me to write freely. Although that is still the case, some are even named after the person the song is about, I realised a while ago that there is always two people in the story and the other person is always me. I guess the songs are a lot closer to home than I would once admit but I’m at ease with that now. More than ever people want something true, something authentic, so I’m trying to write and sing as honestly as possible.

A fortunate meeting at one of my favourite back room gigs “The Lantern Society” at The Betsey Trotwood in Farringdon, lead to the beginning of work with bass player Tom Rosenfeld we soon added Henry Senior on pedal steel and Greg Bishop on drums and began rehearsing at another of my favourite bars The Old Nun’s Head where I ran a weekly live music night. I’m very fortunate to have worked with such highly skilled musicians and such nice guys, who’re always prepared to bear with me and my unconventional, untrained song writing and playing. We began to develop our sound and I started to have ideas of how I’d like to record. At that time we were invited by a label to make an EP and went across to one of their studios in Poland to make to make some demos.

We went to Poland and tracked 3 songs. To cut a long story short it was that experience that helped me work out what I wanted the record to sound like; A live recording of a band in a room not caring if there is a bum note here or a beat missed there but with as much “feel” as possible. There is a level of processing, autotune and homogenisation in most modern music that kills the soul and the truth of a song but there are musicians who still record honestly, and I want to stand with them.

At the same time I’d been introduced to Chris Howard and his team at The Rattle which I initially thought would be a good place to store gear and rehearse but turned out to be a group of people who just wanted to help musicians make the best music they can. They never batted an eyelid when I explained I wanted to record live and pulled out all the stops to make it happen. I owe those guys a huge amount. Producer Jim Wallis just happened to have caught a video of Henry and I playing a show in Brixton and got in touch to see if we needed a producer. Within a week Jim, me and the band were in the live room at the Rattle on the first of 3 blocks of recording that made up the album.

Over the same period Mark Bounds who is a mentor for artists at the Rattle and beyond introduced me to Austin based singer songwriter Graham Weber who plays in Western Youth and also Runs the non-profit The House Of Songs. Graham kindly added a bunch of dates to our USA tour and invited us to play on his stage at AmericanaFest in London. We were on very late, last on the last night and most people had gone to bed. Fortunately, Scandinavians are made of stronger stuff and Maria Theessink from Tøndder festival happened to be in the audience. She listened to the first half of our opening song then disappeared only to return dragging Björn Pettersson from Rootsy Music in to hear the rest of our set.

This was anther one of those special nights and Björn and Maria were just the right audience. I’d known about Rootsy for a while because they always bring over my favourite bands from America so it is an absolute pleasure to be working with Håkan, Björn and everyone else at Rootsy to put this record out on their label Rocksnob.

I hope people enjoy this record as much as I have enjoyed making it.”