Filmed at ‘The Ruins’, an eccentric mansion in the heart of Seattle, Good Co partnered with filmmaker Skye Warden of Clockwork Productions and visual designer John Theroux (Blazinspace) to play with space, light, and dimension to create an otherworldly theme for their new single “Home” off of their upcoming album ‘So Pretty’. 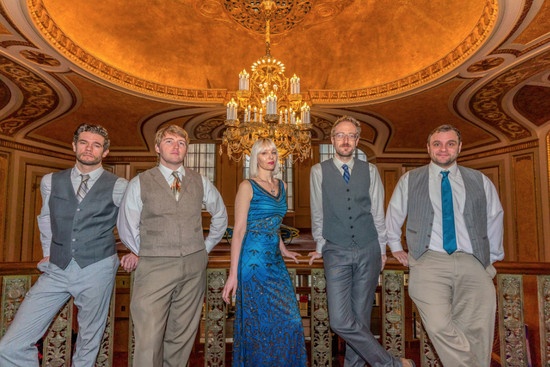 That mythical place called “Home”, can one ever really make their way back? As we grow and change in our lives the concept of home becomes a touchstone, but in reality, doesn’t it change as well, frequently in ways that aren’t always so readily apparent? In Good Co’s newest single these questions are explored.

In the dingy basement of a Seattle house meant for two (and shared by five) Carey Rayburn started writing music as an escape from his directionless career as a trumpet sideman. “Writing my own music gave me something I could control in my life, something that was mine. But it wasn’t until a friend introduced him to the new sounds of Electro Swing filtering in from Europe that Rayburn had a real direction for his creativity. A huge fan of electronica and jazz it was a perfect fit. And having spent so many nights playing jazz, rock, salsa, and classical in Seattle he knew just who to call to assemble the band that would go on to become Good Co, the United States’ first live Electro Swing band.