One song immediately comes to mind the moment Second Hand Mojo’s “Open Up Your Mind” begins playing, and that’s Guns N’ Roses’ “Sweet Child O’ Mine.” This song has a similar tempo and melody. However, that’s pretty much where these song similarities end. Axl Rose was singing to his child, while Second Hand Mojo has more universal concerns in mind with its track. 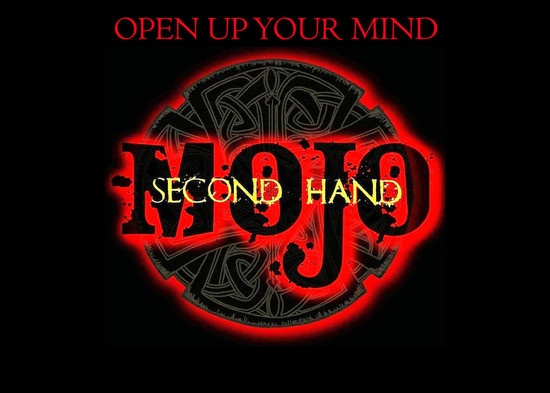 Well, there is at least one more similarity between these two acts: both share Midwestern roots. Rose experienced Los Angeles’ jungle-like culture shock, after relocating there from Indiana, while Second Hand Mojo is from Michigan. Okay, perhaps a third notable similarity is that each band features a distinctive lead singer. In Second Hand Mojo’s case, Chuck Riepenhoff vocalizes with an enjoyably raspy tone.

This five-piece group includes two of its founding members, guitarist Vern Springer and drummer Scott Brokaw. In fact, these two music creators landed a couple of songs on the soundtrack for Driven to Ride, which is a documentary about the wide variety of personalities found in motorcycling. That sounds like a pretty interesting film!

“Open Up Your Mind” begins quietly with acoustic piano and guitar. Riepenhoff starts by singing, “You’re not my kind/Yeah, you never will be.” So, from the very get-go, it’s clear Second Hand Mojo is speaking about differing cultures, ideas and worldviews. This is timely subject matter, as America seemingly hasn’t been this divided since the Civil War. The chorus admonishes both sides in this discussion to listen to each other. Sadly, we seem to have lost the ability to actually listen to each other. Many of us are so intent on talking over others, we many times miss hearing what others have to say. When it comes to issues such as race relations, immigration concerns and sexual identities, there is a wide range of opinions. Second Hand Mojo is not out to put an agenda out there on any issue, though. The intended audience for this song is to encourage everybody, from every side, to have a dialogue. It’s as though they’re attempting to bring back the art of civil conversation.

Musically, this song sounds a little like a gospel tune. This factor is especially noticeable during the song’s choir-like chorus. Opening up one’s mind is an intentional act. Second Hand Mojo is trying to encourage listeners to stop talking for a few minutes and listen to what someone else – someone different from them – has to say.

Becoming a better listener won’t solve all of the world’s social problems, if it even solves some of them. However, making the world more open to civil dialogue makes the world a better place. When you think about it, nobody ever wins an argument. Both sides become entrenched, unwilling to give in even an inch. In contrast, where differing parties learn something from each other – even if they don’t ever change their minds – at least accomplishes education. Knowing and understanding how someone different from you feels, is one giant step toward a more peaceful coexistence. No, we don’t want a world where everybody thinks exactly the same way. That’d be dull. We just want a world, Second Hand Mojo is telling us, that can learn how to get along.