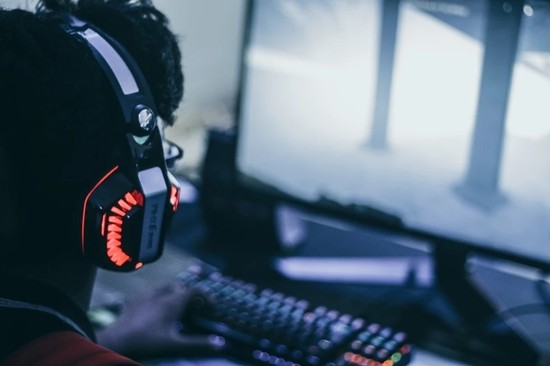 “Super Mario Bros.” introduced many children to the world of video games. First released in 1983, the platform game was made more exciting thanks to its six-track soundtrack. During that time, video games were still a novel concept, and developers wanted to add music to their products that enticed players and enhanced the experience. The up-beat, 8-bit style soundtrack that has inspired hundreds of spinoffs and an entire sub-genre of music was created by Koji Kondo, a sound designer at Nintendo.

The most memorable track on the score is the “Super Mario Bros. Theme,” the unforgettable jingle with jumping pixelated chords all produced by Kondo on a keyboard.

“The Legend of Zelda: Ocarina of Time”

The 1998 soundtrack to one of every 90s kid’s most memorable video games is an epic score composed by Koji Kondo featuring diverse instruments and elements from some of the world’s most musically rich cultures. Flutes, harps, and Gregorian chants intertwine to produce a dynamic soundtrack that carries listeners through a journey as epic and soul-changing as the game’s protagonist’s adventure.

Mother 2 was released in the US and UK as Earthbound. It’s only grown in popularity since 1995 and is now a cult classic, with its main characters appearing in the Super Smash Bros. series. The composers, Hirokazu Tanaka and Keiichi Suzuki, also worked on franchises with iconic soundtracks such as Metroid and Super Mario Land. Fans of chiptune music who listen to the video game soundtrack on vinyl will love the upbeat melodies and striking base lines in songs like “Onett.”

Bethesda Games Studio is no stranger to recognition; “Skyrim” has won hundreds of awards, including numerous Game of the Year awards from IGN, GameSpot, and the Interactive Achievement Awards organization. Considered to me one of the best video games of all time, “Skyrim” features a dark, powerful, theatrical score by Jeremy Soule, an American composer. The game’s main theme and one of its most recognized tracks, “Dragonborn,” echoes the powerful Viking chants of history, but it has a unique twist: it is sung entirely in a fictional language.

“Halo” is considered a pioneer of the FPS genre. The 2001 game has spawned six follow-up titles and a book series. The soundtrack is short but domineering; an electric-sound interspersed with guitar riffs and orchestra instrumentals. The first song on the soundtrack has shaped the sound of the entire franchise; composers Martin O’Donnell and Michael Salvatori have received numerous praise for their ability to unite contemporary and traditional instruments on the layered, harrowing soundtrack.

Music can take us far into the past or deep into our minds. With soundtracks like these, the heroes and heroines of our most beloved video games will live on in us long after the credits have rolled.