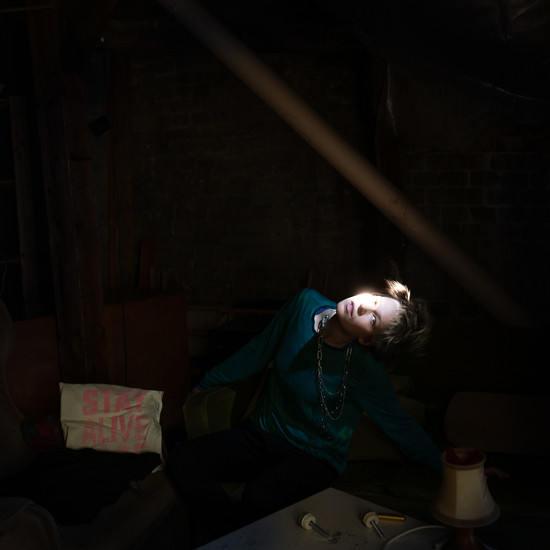 “Ten times we fail, one time we succeed.” Luck is random. Because life is random. The complexity of happiness and what happens between its occurrence – namely struggle and pain – is set to music in “Happiness”. “We are not brave. What’s the plan?” You can read these questions in many ways! Maybe the most important lines of the song. “This short moment of total joy deeply chillin’ in the inner deep of your broken soul, healing for the next years, previewing the next tears”. Radiant, slightly detuned synthesizer chords, tricky polyrhythmic beatboxing and sometimes clear, sometimes distorted vocals are crowned in this track by the two virtuoso pianists Julia Kadel (GER) and Simon Denizart (CA).

The three of them meet in Lyon (F) to record the track simultaneously and side by side on one piano with six hands in a studio. The track is released just a few month after KID BE KID’s “Lovely Genders” EP on Berlin based label SPRINGSTOFF Records. The song will be released together with a video showing the moment of the recording filmed by Mathurin Prunayre from Jafar Films (F), live recorded by Nicolas Mieral (F) and produced by KID BE KID herself.