Milwaukee hip-hop duo Guerrilla Ghost are preparing for the release of their second album, We Get What We Deserve. While the debut single “Wesley Snipes in Demolition Man” showed a growth from the group’s previous efforts, it also built upon what their audience has come to know and love from the group-a sound rooted in electronica and hip hop filtered through the more aggressive elements of metal and industrial music. Their newest single, however, showcases a side of the group that hasn’t been quite as visible in their past work. 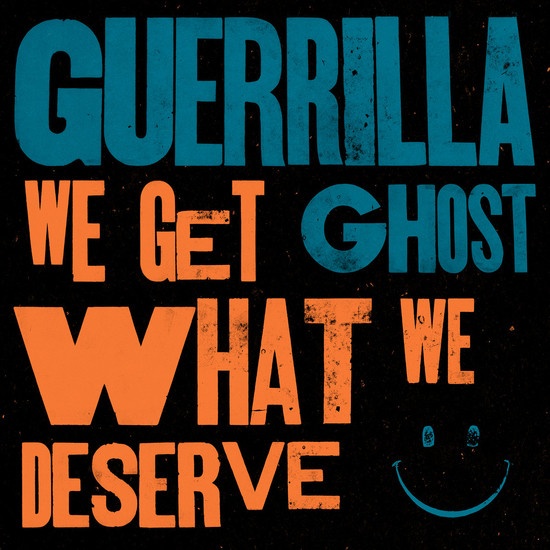 “The Immigrant Song” is the second single from We Get What We Deserve. While the song title may make people wonder if this is the group’s love letter to Led Zeppelin, this is hardly a classic rock homage, as is made very apparent from the get go. “This is for the land of the free, this is for the land of the brave” snarls Bad Graphics Ghost at the song’s opening. This is of course incredibly tongue-in-cheek, as the song details the oppressive struggles of Black life. Tron Jovi provides him with a backdrop that’s unlike any of his previous production work. Barebones drum programming is accompanied by a glitchy and staggered guitar sample, with a few unplaceable textures layered underneath. The notably stripped down production is eventually built upon, this shift giving the listener the feeling of the song transitioning from standard to widescreen. Fuller lows and stacked textures give the song’s chorus more depth, as well a fantastic performance from frequent collaborator Katana da Don, who’s simple but strong melody both sweetens the chorus while making it even more ominous when pitted against Bad Graphic Ghost’s raspy delivery. As the track progresses, the newer, more melodic elements are blended with the group’s signature qualities-thick layers of distortion, a buzzing bottom end and distinct vocal delivery that recalls Skinny Puppy and Napalm Death as much as it does Ice Cube and KRS One.

We Get What We Deserve is slated to hit all major streaming outlets on 7/31, via Triple Eye Industries.

Quote from Bad Graphics Ghost about this particular song:

“This song is one of my personal favorites on the record and possibly one of the better songs we’ve written and recorded. Our dear friend and frequent collaborator Commakazee blessed us with her signature brand of harmony and melody to help drive the urgency of the song’s message home. I wrote this after watching a video of a young girl crying for her father after he was wrongfully arrested and sent to ICE concentration camps along the southern border. Being a father of two daughters myself, this moved me to the deepest pits of my heart and soul. I was moved to say something and to speak it loudly. I believe that no one should have to suffer for the racist and sexist stigmas enforced upon their people and culture by a fascist capitalist empire that seemingly refuses to show sympathy or practice tolerance of other beings. For a country that claims to be founded as a safe haven for refugees and immigrants fleeing their homelands from political and religious persecution, it’s devastating to witness us become a nation thriving with racial injustices and violence in the name of christianity. Everyone deserves the right to equal treatment and the promise of a better future for themselves and their family. That being said, it was only fitting to debut this song during the weekend while America celebrates it’s “independence”. I hope this song strikes a nerve in all who listen, specifically motivating them towards positive change. If god does exist, we are all made in her image. If god does exist, may she show mercy on the world. No child left behind.