When fans press play on a song by Billy Joel, they know exactly what they’re getting. They’ll put themselves in the presence of classic pop – smartly-written story-songs that take inspiration from the Beatles, Motown soul, and the Broadway stage. They’ll hear a certain pugnacious New York attitude, and they’ll encounter a romantic streak as wide as the Hudson River. And of course, they’ll get piano, and lots of it, played with vigor, confidence, and imagination. Arguably, no Hall of Fame pop-rocker has ever created a sound that is more immediately identifiable than what Billy Joel has. 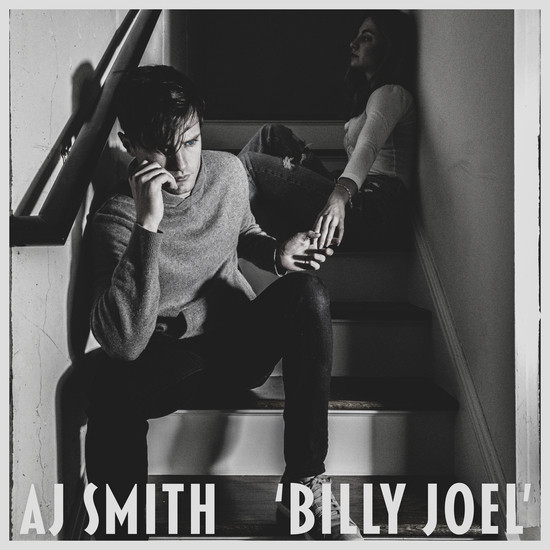 AJ Smith isn’t trying to be Billy Joel. For starters, his singing voice is far more angelic, and his touch on the piano is considerably lighter. He’s not the bruiser that Joel is. But he recognizes the theatrical quality of Billy Joel’s songs, and, as a classically trained musician, he understands their compositional design. “Billy Joel” isn’t merely a tribute to one of the masters. Like Taylor Swift’s “Tim McGraw” or Eric Church’s “Springsteen,” it’s a song that alludes to a famous singer with a famous sound and earns its comparison through respect, love, and attention to detail. Like Billy Joel’s melodies, Smith’s pop melody rests on a sturdily-built and neatly-articulated chord progression. His song has a fighting spirit, but at its heart, it’s an apology to a girlfriend he knows he’s wronged. Right in the middle of the mix is a gorgeous piano track, played by a man who knows his way around the eighty-eight. Billy Joel himself even gave the song his stamp of approval, sharing it on his social media.

“Billy Joel” is just the latest in a series of sterling singles from Smith, who has quickly established himself as a flexible, accessible, and ambitious storytelling songwriter in his own right. Since the release of Brooklyn Nights, his wide-eyed 2016 debut, he’s specialized in songs of confessional intensity – songs unsparing in their honesty and their commitment to self-examination. “Billy Joel” is a track like that: it’s a hard look at a relationship that’s fraying under everyday pressures and a passionate expression of commitment in the face of trouble. That’s exactly what Billy Joel used to write about: he found a way to fit grown-up themes in a pop medium. Smith does the same.

AJ Smith dedicates “Billy Joel” to his girlfriend, Brianna Abruzzo. He explains the song’s backstory: “Everyone has a favorite song to listen to when they’re down and I learned my girlfriend’s early on when it came time to ‘meet the family.’ On the train out, she gave me the run-down: ‘They’re super Long Island. They love the Mets and Billy Joel.’ Sure enough, we spent the night singing with me on the piano. So thank you, Billy, for helping us connect and for helping us get through tough times together.” Brianna returns the favor with this clip: she’s the cameraperson, and he’s the performer, and together, they make the most of the current quarantine conditions. Superficially, this is a video of a man seated at a piano, but Abruzzo shoots Smith from so many angles and captures so many shifting moods, and with so much evident love and respect, that the clip achieves a propulsive quality anyway. Like the song itself, the video feels like a conversation between lovers – one mediated by the immortal music of Oyster Bay, Long Island’s favorite son.