If you already play poker then you must have heard the question roaming around with no plausible answer to give; Is poker a game of chance or skill? This is the question that has been around for so long and the answer could never fill the appetite. Some say that poker is gambling and all gambling bows to luck and chance while others say that it is nothing more than a mathematical formula consisting of calculations and numbers serving those who do it right.

But in the end, no clear verdict has been announced. But in this article, we will help you get it through your brain that poker, in the end, is a game skill. The professional players however don’t decline the possibility of the tide turning with luck lingering behind the hands they show or fold but the crown goes to the decisions based on the mathematical decisions. Following is a brief analogy and analysis did specifically for this matter;

Poker is played against other people and not the house

This is a game-changer right there, as everybody knows that the house always win at the end, good for you the game of poker is played against other players and not the house. Even if you are playing poker in a physical casino the house will not be able to capitalize on the outcomes of the match because it is not their money that has been wagered. House doesn’t make mistakes that much and eventually win at the end, but since you are facing other people then you can already capitalize on the mistakes they are going to do and believe it there are going to be plenty of mistakes even from the professionals. 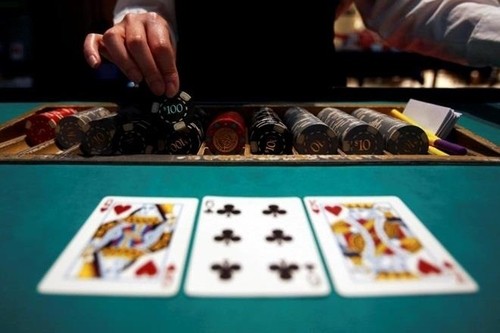 Poker is a game of odds and mathematical stature

In simpler meaning, it all boils down to the crunching of the numbers. Such as if you are a smart poker player then you will not let the bluff leave your side. All you have to do is get more money when you are in a statistical advantage and put less money when you are at a statistical disadvantage, simple as that. You must gain as much as you can by bluffing, confusing your opponents with your gameplay and taking advantage when they are weak in the gameplay or make a mistake. Many people make a fortune in poker online the same way.

Poker is a game of skill in the long run

Another reason why people don’t give up on poker by playing a couple of rounds and finally leaving it because their luck is not as powerful and appropriate as others are because poker is a game of skills and the mathematical values being crunched in the mind to bring out a more fresh and ambient strategy. A strategy not working for you in the poker or are you simply not getting the feel of winning as much? Simply change your strategy and bring out a fresher and more ambient one and then again try out your numbers and values and see if they check out by measuring them in the success that you are having with poker.

www.99poker.id is a great website that you might check for the sake of earning extreme rewards and getting signing bonuses too.