Right at the intersection between trap music and street preaching, between hedonism and salvation, between righteous rage and Holy peace stands one man: Pastor Jamaal. Like many Christians, his story of sin and salvation is deeply personal; he knows he’s “Different,” and he’s not afraid to make those marks of distinction manifest in his music. But when he opens his Bible and worships aloud or steps to the microphone to rap, he speaks in a universal language of fellowship and spiritual renewal. He can talk about the perils of the soul with absolute authority because he’s been there. He knows exactly what’s on the line and what we stand to gain by turning toward God. 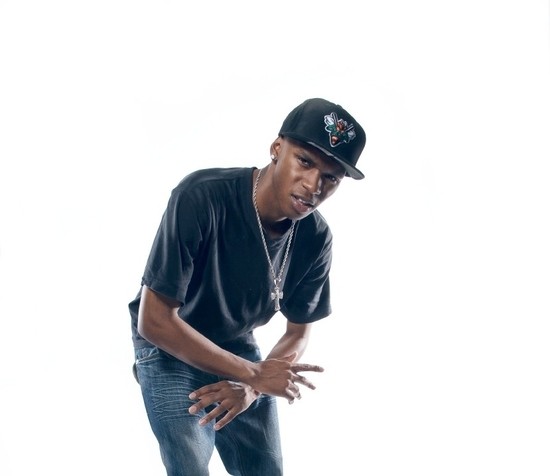 Pastor Jamaal didn’t always walk the right side of the road; in fact, he wasn’t always Pastor Jamaal. Before his lightning-strike conversion, he’d established himself as Dubble A, one of the best-known and most respected rappers in Augusta, Georgia. His sound was resolutely Southern, and his subject matter was resolutely secular, something that’s not atypical for Georgia rappers. With regional fame assured, national recognition seemed certain to follow. But along the road to conventional success, he was forcefully shown the Light, heard his calling, turned toward the ministry.

Pastor Jamaal didn’t change his sound – “Different” is the same slinky, propulsive, electrifying trap music that helped win him “Best New Artist” at the CSRA Hip-Hop Awards. But the words are aligned with his personal revelation, and his turn away from vice and toward morality. He’s wrapped his religious teaching in the irresistible candy coating of Southern trap music, and he’s won himself a wider and more dedicated audience: God Told Me To Do This, his debut set under his new name, topped the Amazon “Christian Rap Albums” for two months.

Pierre Liquidsmoke Luke’s frank, vivid clip for “Different” tells Pastor Jamaal’s story in a progression of unsparing images. He shows us the life that the rapper was leading: one of booze and pills and other intoxicants, sexual temptation, dangerous behavior. But there’s another narrative thread in the video, too. The rapper journeys through a forest in hard, revealing daylight. He comes to a bridge and presses on toward his destiny. The indoor shots are bathed in hellish, lurid radiance; the outdoor footage is luminous and heavenly. The meaning is clear. Pastor Jamaal has made it out of the trap – a spiritual one, as well as a literal one. He doesn’t just want to share the good news with you. He wants you to join him.